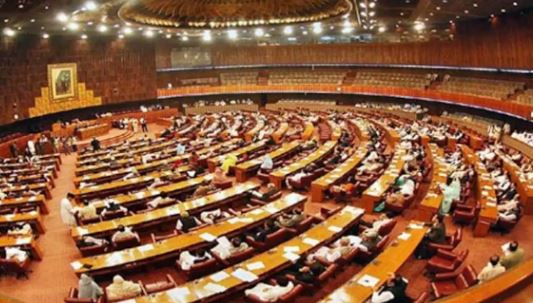 ISLAMABAD, Apr 13 (DNA): The National Assembly on Wednesday issued  schedule for the election of Speaker and letters to all members of the House have been dispatched in this regard.

The election of the Speaker would be held under Rule 9 of the Rules of Procedure and Conduct of Business in National Assembly 2007. It is to mention that the seat of Speaker National Assembly has become vacant due to the resignation of Asad Qaisar.

Rule 9 of the Rules of Procedure and Conduct of Business in National Assembly 2007 states that the Assembly shall proceed to elect a Speaker under clause (1) of Article 53, by secret ballot in accordance with this rule.