EASA refuses to lift ban on PIA flights to EU 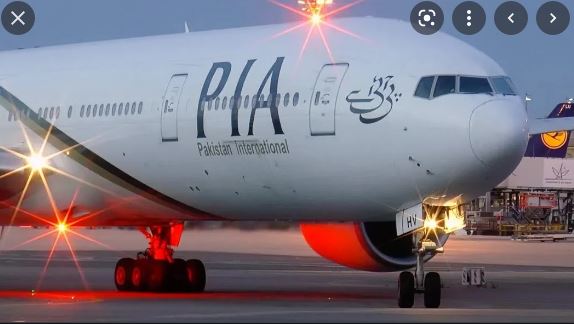 ISLAMABAD, Jan 22 (DNA): The European Union Aviation Safety Agency
(EASA) Saturday refused to lift the ban on the Pakistan International
Airlines (PIA) flights to European Union countries maintaining that the
ICAO audit of PIA has nothing to do with the EASA.

EASA Executive Director Patrick Ky wrote a reply letter to PIA CEO
Arshad Malik and informed him about the update.

The EASA, in its response to letter of PIA, said that it was pleased to
hear that International Civil Aviation Organization (ICAO) was able to
remove the Significant Safety Concern (SSC) that was raised against
Pakistan Personnel Licensing (PEL) following the on-site Universal
Safety Oversight Audit Program (USOAP) activities performed in Pakistan
from 29 November to 10 December 2021.

“The closure of this SSC was an important step towards a potential
lifting of the suspension of PIA Third Country Operators (TCO)
Authorization (TCOA).”

EASA Executive Director Patrick Ky said the ICAO audit has no link with
the Agency evaluation of the PIA and the European agency will evaluate
the PIA itself.

He wrote, “EASA will consult other authorities to take the final
decision to lift the ban on Pakistani airlines routes to the EU. EASA
will conduct the audit of the Civil Aviation.”

However, EASA showed satisfaction with the PIA flight safety management
and system.

EASA hinted that it may hire third country services to conduct an audit
of the CAA/PIA.

EASA made it clear that its investigation regarding the professional
licenses are still going on and EASA employee’s travelling has been
restricted due to the COVID-19.

The EASA Executive Director told the PIA CEO that the European agency
would conduct the audit of CAA/PIA as soon the corona situation improved
and till then PIA could inform EASA about any update, if any.

After a nod from the International Civil Aviation Organisation (ICAO),
Pakistan International Airlines (PIA) has reached out to the European
regulator to remove a ban on its flights to EU states and the United
Kingdom (UK), however, the response came back in negative. DNA