ISLAMABAD: Pakistan has called on the UN to step up its efforts and urgently resolve the Kashmir dispute in a bid to halt Indian atrocities in the disputed territory and dispel a threat to regional and global peace and security. “Peace and security must remain at the core of the functions of the United Nations,” Ambassador Munir Akram told the UN General Assembly on Friday while commenting on UN Secretary General Antonio Guterres’ report on the organisation’s work. “We urge the Security Council (SC) and the secretary general to exerciseRead More

Hong Kong leader Carrie Lam on Saturday warned that COVID-19 infections could be growing exponentially in a congested residential area of the city and that overall cases had also spread due to an outbreak in pet hamsters. Chief Executive Lam urged Hong Kong people to avoid gatherings ahead of next week’s Lunar New Year as officials grappled with an outbreak of the highly-infectious Omicron variant in Kwai Chung, north of the city’s Kowloon peninsula. “We are worried that the exponential growth of cases that we have seen in other parts of the world is nowRead More

ISLAMABAD, JAN 22: Interior Minister Sheikh Rashid said on Saturday that his ministry had alerted all armed forces, including civil law enforcements agencies, asking them to stay vigilant. “Last night, the Ministry of Interior told all armed forces, civil armed forces, IGs (inspectors general of police), chief secretaries, Frontier Corps IGs and Rangers IG to stay alert and watchful,” he said while addressing a press conference in Islamabad, where he spoke about the recent rise in incidents of terrorism. After the Johar Town blast in Lahore in June last year, the ministerRead More

MOSCOW, JAN 22: Russian Defence Minister Sergei Shoigu has accepted an invitation to meet his British counterpart Ben Wallace to discuss the crisis on the Russia-Ukraine border, a senior UK defence source said Saturday. “The Defence Secretary is glad that Russia has accepted the invitation to talk with his counterpart,” the source said. “Given the last defence bilateral between our two countries took place in London in 2013, Russian Defence Minister Sergei Shoigu has offered to meet in Moscow instead,” added the source. “The Secretary of State has been clear that heRead More 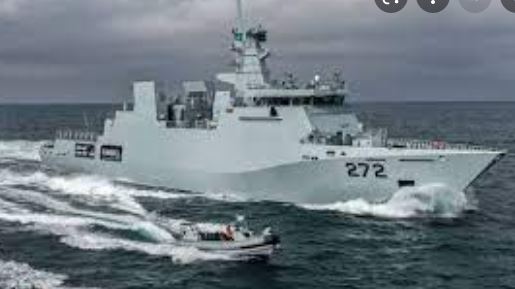