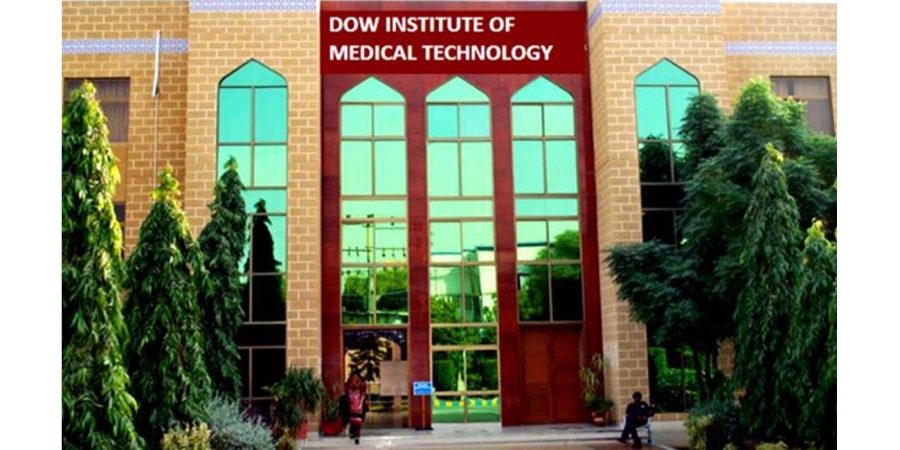 The diagnostic test would be initially available at 51 testing facilities of the university at extremely low rates. In the first phase, the test facility will be available at 51 locations including Main Dow Lab.

While speaking the occasion, Vice Chancellor Dow University, Professor Muhammad Saeed Quraishy said that 80% of the population in Pakistan is affected by H. pylori for which no effective test was available that has immediate result. Research has shown that certain types of H. pylori also increase the risk of gastric cancer, and due to late diagnosis, H. pylori infection can lead to gastric ulcers.

Research shows that more than 90% of small intestine ulcers are caused by H. pylori, so it needed to be diagnosed in the early stage, while the urea breath test is 98% effective.

Moreover, Prof. Muhammad Saeed Quraishy said that there was more than one method of diagnosing H. pylori, it was also diagnosed through blood and stool, the method of diagnosis by blood has now become almost ineffective. As eating habits and consumption of unhealthy foods in Pakistan are increasing the cases of gastrointestinal diseases especially H pylori, therefore immediate diagnosis and treatment is necessary.

Speaking the occasion, Hanif Sattar, Chief Executive Officer, Otsuka Pakistan, said that Otsuka is a well-known name for manufacturing medicines that can be transmitted to the human body through veins. Otsuka is also paying attention to machines and has introduced stents to remove blockage of blood flow in the arteries of the heart.

An earlier briefing on the POC-one machine stated that the main reason for the ineffectiveness of H-pylori diagnosis through blood is that once a person has H-pylori, its effects remains in the blood despite treatment that is why blood tests are often positive. This is called False-Positive in the medical terminology.

The (POC-one) machine has been installed in 4,065 locations worldwide. It is available in private hospitals and laboratories in all major cities of Pakistan, but for the first time in the public sector, it has been introduced by Dow University of Health Sciences across Pakistan, making it possible for the test to reach the general public.

Diagnosing H. pylori through human waste is difficult and unsafe. You have to wait more than 24 hours to get the results. The results of urea breath test are obtained in 20 minutes and the method is also simple, you only have to breathe in an empty bag because in H. pylori infection the germs convert urea present in the body into carbon dioxide and the machine will show high levels of carbon dioxide in your body.

Adding to the briefing, he more said, for many decades,  doctors had been treating habits such as stress, spicy foods, smoking, etc., as the cause of stomach ulcers, but in 1982 scientific research discovered that H. pylori is the most common cause of gastric ulcers.

At the end of the ceremony, Chief Executive Officer of Otsuka Hanif Sattar presented a shield and bouquet to Vice Chancellor Prof. Muhammad Saeed Quraishy. =DNA