Diplomacy is deterring Russian attack but worst case not avoided yet, Kyiv says 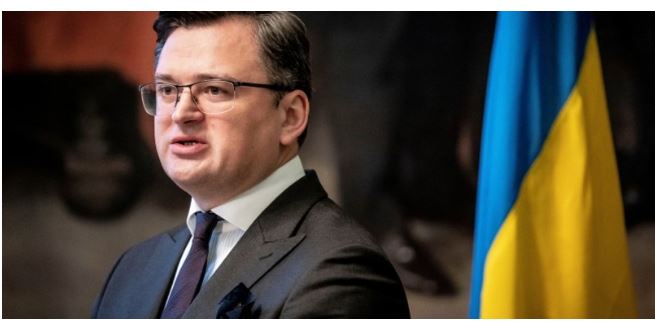 Energetic diplomacy is helping to avert the threat of a Russian military offensive against Ukraine but the worst-case scenario remains a possibility, Ukrainian Foreign Minister Dmytro Kuleba said on Wednesday.

Russia has not yet massed enough forces to mount a full-scale invasion but nor is there evidence of Russia withdrawing any of its forces, he told an online briefing for foreign media.

“What is reassuring, though, is that we already see that diplomacy is working,” Kuleba said. “This doesn’t mean that we have to relax and believe the worst-case scenario is avoided.”

Kuleba thanked Western countries for supplying weapons and aid to his country during its months-long standoff with Russia but laced that with calls to end any “ambiguity” over the prospects for Ukraine’s integration with the West.

“It is time to end harmful ambiguity which serves as a temptation for the Kremlin to continue its attempts to undermine Ukraine or reverse its course against the will of the Ukrainian people,” he said.

Ukraine, which won independence from Moscow in 1991 with the breakup of the Soviet Union, has set its sights on joining NATO and the European Union, a stance strongly opposed by Russia which sees such moves as a threat to its own security.

Russia has massed more than 100,000 troops near its border with Ukraine, though it denies plans to invade. It has demanded sweeping Western security guarantees, including a bar on Ukraine ever joining NATO. Washington has rejected the request while backing wider security talks.

Kuleba said Ukraine and the United States were aligned in their assessment of the Russian threat.

“Ukraine is preparing itself for all possible scenarios. We do not underestimate the threat. Nor will we allow Russia to destabilize Ukraine by sowing panic,” Kuleba said.

“Despite Russian statements on some kind of limited withdrawal which we saw a few days ago, we cannot confirm any real decrease in the number of troops,” he added.

Kuleba said Ukraine was ready to meet Russian officials in any format, adding that the onus was on Moscow to end a eight-year war in eastern Ukraine that pits Russian-backed separatists against Kyiv’s forces.