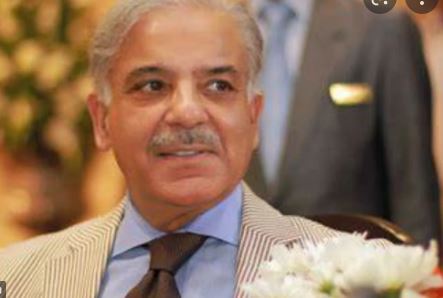 ISLAMABAD: Prime Minister Shehbaz Sharif on Thursday said that the country may witness more difficult times as it struggles to steer itself out of the ongoing economic crisis.

The coalition government has recently taken some “tough” decisions, including a massive increase on petroleum prices.

PM Shehbaz Sharif, while addressing PML-N senators, said that some of his “companions” suggested making election reforms and announcing elections but the government plans to complete its constitutional term.

“We faced many challenges when I took oath as the prime minister,” the premier said.

He said that the former government had struck a deal with the International Monetary Fund (IMF) to pass on the international prices of oil and gas.

PM Shehbaz Sharif said that the terms with the IMF have been finalised and the deal with the Fund will close soon, barring any other conditions set by the global lender.

Criticising the PTI government further, he said that the previous government “never felt strongly about doing anything for widows and the poor”.

“They saw their defeat in March and so they lowered fuel prices,” the prime minister said, adding that they just arbitrarily made the decision.

The previous government signed a petroleum levy of Rs30 with the IMF, he said.

Speaking of lost opportunities, the premier said that “billions and trillions of treasures” are buried in Reko Diq “but we could not dig them out”.

“This is the fault of the leadership which dealt with the matter in the wrong way,” he said.

The premier said that the PTI is facing scandals of gas and wheat exports. “They gave billions in subsidies, emptied the coffers, and the cartels had a field day,” he said.

He went on to say that “it will no do good to look back and cry”.

PM Shehbaz, referring to the recently inked $2.3bn loan agreement with a Chinese consortium of banks, said: “How long will China help us?”

“China and Saudi Arabia must be wondering when Pakistan will stand on its own feet,” he remarked.

The prime minister said it was the need of the hour to set aside politics and put the state above everything else.