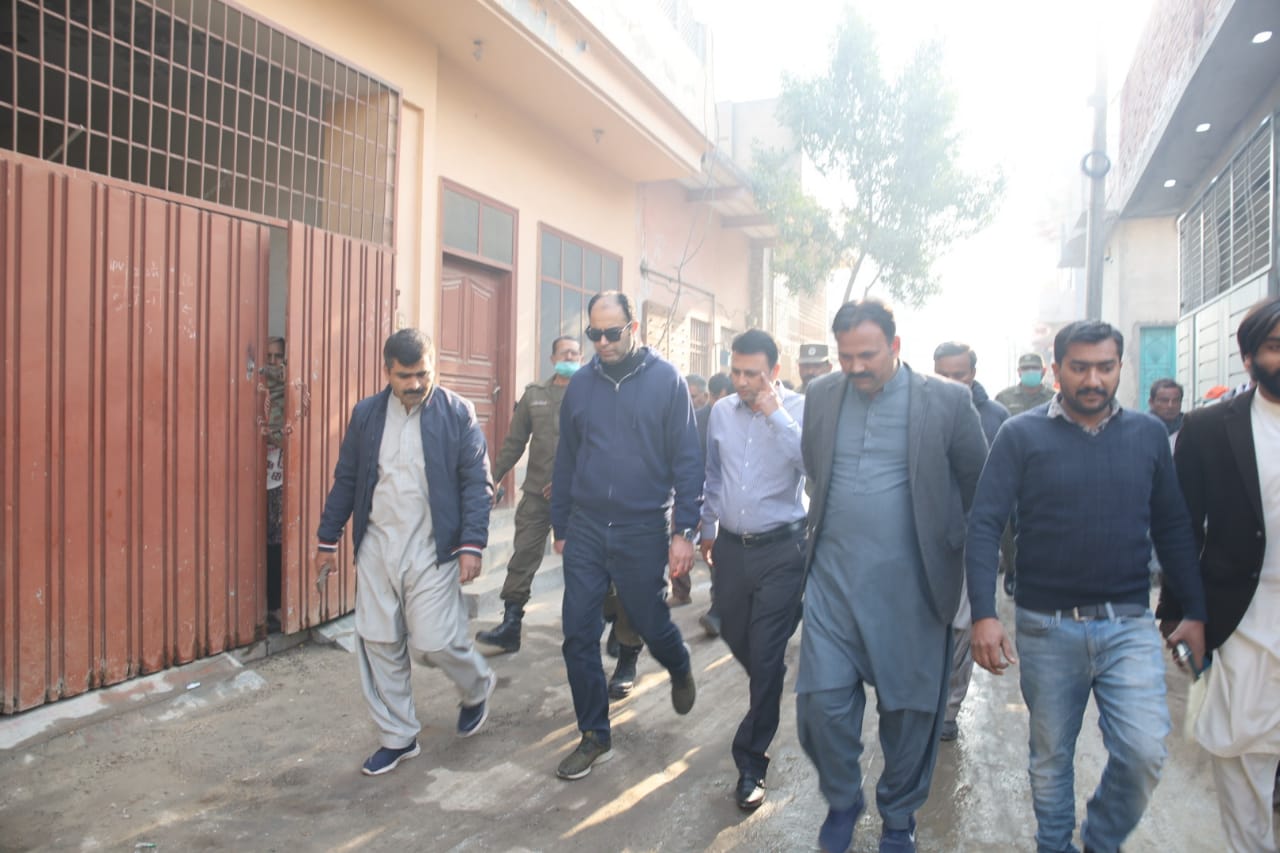 FAISALABAD, Dec 20 /DNA/ – Deputy Commissioner Ali Shehzad went to various areas to check the cleanliness situation  and inspected the cleaning operation on the roads and streets in the morning. CEO Faisalabad Waste Management Company Kashif Raza Awan and other officers of the company were also present.

The Deputy Commissioner visited Warispura, D Type Gole and other areas and while inspecting the presence of waste workers said that the cleaning process should be completed in the city before the commencement of normal life. He said that more steps should be taken to raise the standard of cleanliness so that the city looks clean and beautiful in all respects as per the expectations of the citizens. He directed to disposed off garbage in a save manner and said that the attendence of waste workers should be monitored regularly.

He asked the residents of areas about the presence of Waste workers and performance of them and on some complaint he asked the CEO for early resolve. He went to Church of the area and checked the cleanliness situation. He also distributed awareness phamplets among citizen regarding precautionary measures adopted against smog and said that avoided to burn the waste so that clean environment should be made.

He said that district administration was active against smog and anti measures are being implemented besides precaution but the public role cannot be ignored in this regard therefore there cooperation is necessary. CEO FWMC briefed about cleanliness plan and implementation.=DNA