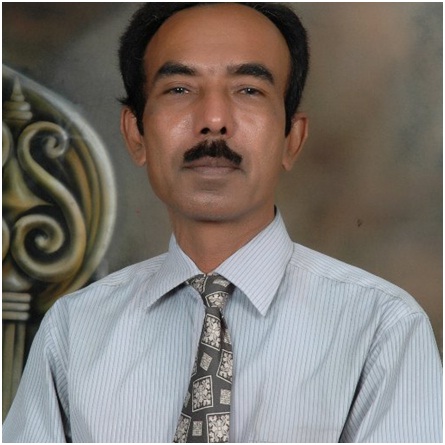 It is most regrettable that by disregarding the modern global trends like renunciation of war, peaceful settlement of disputes and economic development in wake of the spread of coronavirus and its negative economic consequences almost all over the world, even on India, India’s hegemonic designs are destablising the region and its peace.

So as to achieve its secret designs, in accordance with the direction of Indian fanatic Prime Minister Narendra Modi-the leader of the extremist ruling party BJP, New Delhi has accelerated interference in the internal affairs of regional countries. For the purpose, Indian military and intelligence agency RAW have been given free hand to target Pakistan, Afghanistan and China, including other regional countries through manipulation of political dissent, ethnic divisions and economic backwardness.

India which has become epicenter of terrorism in South Asia is foiling the peace process between Afghanistan and Pakistan, including the entire region by managing terrorist attacks.

In this respect, reliable sources as mentioned in Pakistan’s media on August 18, 2020 revealed that Afghanistan-based the Tehreek-e-Taliban Pakistan (TTP) has merged with its splinter groups Jamat-ul-Ahrar (JuA) and Hizb-ul-Ahrar (HuA) in Afghanistan. Their sole objective is to restart terrorist activity in Pakistan, while simultaneously sabotaging efforts to restore peace and stability in its war-ravaged Afghanistan.

Afghanistan’s National Directorate of Security and RAW played a key role in their reunification. The agreement, reportedly, designated Mufti Noor Wali as the amir (Chief) of TTP, making him responsible for all planned terrorist activities inside Pakistan and Afghanistan.

In this regard, Islamabad has repeatedly accused Kabul of turning a blind eye towards TTP and other terrorists who fled to Afghanistan to escape counter-terrorist operations in Pakistan.

Besides, the UN report of July 26, 2020 disclosed: “The banned Tehreek-e-Taliban Pakistan and its splinter group Jamaat-ul-Ahrar (JuA) continue to target Pakistan from their bases in Afghanistan…the significant presence of ISIL-K (The Islamic State of Iraq and the Levant Khorasan) in Afghanistan”, which the UN warns “now pursues a global agenda”.

The UN report warns of “a strong presence of ISIL-India in Kerala and Karnataka. ISIL-K considers Afghan territory a base for spreading terrorist influence across the wider region…The investigators found links between Indian nationals and terrorist attacks in Sri-Lank”.

It is notable and four heavily armed militants on June 29, this year made a brazen terror attack to take over the Pakistan Stock Exchange (PSX) building in country’s high-security commercial hub Karachi. The militants who arrived in a car, opened indiscriminate fire and lobbed grenades at the main gate of the building. Thus, they martyred four security guards and a police officer. The police and Rangers’ officials arrived at the scene and killed all the four terrorists. They foiled attempt of the terrorists who wanted to enter the PSX compound.

Likewise, Pakistan’s security forces had successfully thwarted an attack on the Chinese consulate in Karachi on November 23, 2018. In the exchange of firing, two policemen were martyred, including two civilians, as three gunmen tried to enter the consulate, but were intercepted by security guards at a checkpoint.

BLA had also claimed responsibility for the failed terror attempt on the Chinese consulate in Karachi.

In this connection, a senior counterterrorism expert Raja Umer Khattab told a newspaper that “the nationalist group of Balochistan [BLA] is behind failed attack on the PSX in Karachi, while the Indian spy agency RAW was the mastermind of both the Chinese consulate and PSX attacks…Their aim was to damage Pakistan’s image in the world as well as hit the economy of our country.”

It is mentionable that RAW which is in collusion with Israeli Mossad and NDS has well-established its terror-network in Afghanistan and has been fully assisting cross-border incursions and terror-activities in various regions of Pakistan through Baloch separatist elements and anti-Pakistan groups like Jundullah and TTP, including their affiliated outfits. RAW is also using terrorists of ISIS which claimed responsibility for a number of terrorism-related attacks in Pakistan and Afghanistan. These terror entities also abducted and killed many Chinese and Iranian nationals. These agencies, especially RAW are making efforts to destablise Afghanistan, Tibetan regions of China, Iranian Sistan-Baluchistan and particularly Balochistan province of Pakistan by arranging the subversive activities, promoting acrimonious sense of dissent, sectarian violence and arousing sentiments of separatism.

In this respect, Indo-Israel lobbies which are well-penetrated in the US Administration and are working in other Western countries became pro-active to manipulate the war on terror. Besides, Pakistan is the only nuclear country in the Muslim World, having close ties with China. Hence, it has become target of the Indo-Israeli secret diplomacy. New Delhi and Tel Aviv (Jerusalem) are collectively manipulating the double standards of the West in relation to terrorism and human rights vis-à-vis Pakistan, China and Iran.

Notably, Pakistan’s armed forces and especially army have successfully broken the backbone of the foreign-backed terrorists by the military operations Zarb-e-Azb, Radd-ul-Fasaad and Operation Khyber 4, while countries primary agency ISI has broken the network of these terrorist groups by capturing several militants and thwarting a number of terror attempts. So, peace was restored in various regions of the country, particularly in Balaochistan and Khyber Pakhtunkhwa (KP) provinces, including Karachi.

But, in the recent past, terror assaults in some areas of the country—especially North Waziristan and Balochistan which is central point of the China-Pakistan Economic Corridor (CPEC) indicate that the CIA-led RAW, NDS and Mossad are weakening Pakistan and want to damage the CPEC project which is part of China’s One Belt, One Road (OBOR) initiative or BRI. The US and India, including some Western countries have already opposed this project. So, these external agencies have continued supporting separatists of Balochistan and TTP and its affiliated terror outfits which have claimed responsibility for various subversive acts.

It is mentionable that Pakistan’s Foreign Minister Shah Mahmood Qureshi met US special envoy for Afghan Reconciliation Zalmay Khalilzad at Islamabad on July 1, 2020. After the meeting, Qureshi said that “Pakistan is ready to cooperate with regional and international stakeholders for enduring and peaceful political solution to the Afghan issue…the development of whole region depends on establishment of peace in Afghanistan…India has been continuously trying to destabilize Pakistan to divert attention from its internal chaos…India is interfering in Balochistan province of Pakistan at the same time it is also adversely affecting peace efforts in Afghanistan.”

As regards the recently-held intra-Afghan dialogue in Doha-the capital of Qatar, the US has appreciated Islamabad’s positive role.

Zalmay Khalilzad who, repeatedly, visited Pakistan and met country’s civil and military leadership admired Pakistan’s role in the US-Taliban peace dialogue. It was due to Pakistan’s key role in Doha that on February 29, this year, the US and the Taliban signed the historical agreement for bringing peace to Afghanistan.

Nevertheless, especially India is playing the main role in creating unrest in Afghanistan by using terrorist elements for carrying out violent incidents there with a view to shifting the blame game towards Pakistan and those Taliban whose leader signed the US-Afghan peace deal. New Delhi is also misleading the Afghan government and America to delay and finally to cancel the holding of the intra Afghan dialogue.

Undoubtedly, we can conclude that dangerous nexus among RAW, NDS, TTP and ISIS, particularly backed by the Indian extremist government is targeting Pakistan and Afghanistan, including other regional countries to obtain Indian nefarious designs at the cost of the peace of the region. 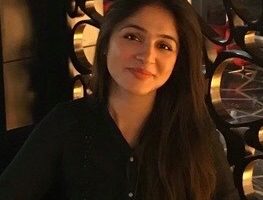 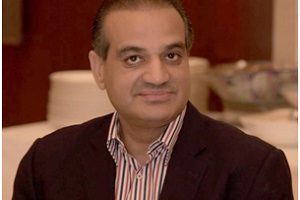