ISLAMABAD : The Covid-19 has claimed 56 more lives in Pakistan during the last 24 hours, taking the nationwide death toll to 21,689.

According to the National Command and Operation Centre (NCOC) data, the country’s caseload climbed to 941,170 after 1,239 more people tested positive for the deadly virus during this period.

The 1,239 new infections emerged when 36,368 tests were conducted with positivity rate recorded at 3.40 per cent, the NCOC said.

According to a notification, the AJK government has ended the ban on inter-district public transport and allowed the resumption of transport in the districts with 50percent capacity.

The ban on indoor gatherings and congregations and marriage halls was not lifted and restaurants and hotels were directed to work as takeaways, instead of serving food on their premises. 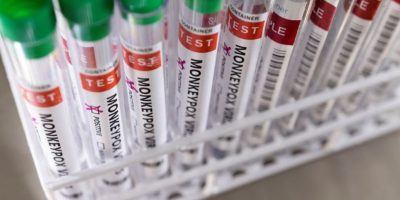 WHO says monkeypox is not yet a health emergency

Monkeypox is not yet a global health emergency, the World Health Organisation (WHO) has ruled,Read More