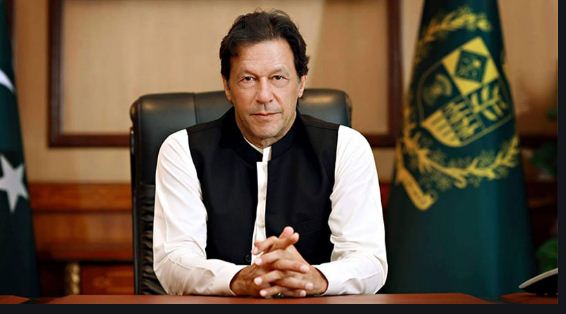 ISLAMABAD, May 30 (DNA): Prime Minister Imran Khan has said the country’s economy has been put on the right track with economic indicators showing positive trends.

Interacting with the general public via telephone on Sunday, the Prime Minister said the country has come out of economic crisis against the expectations of the opposition and it will now move forward on the economic front.

Imran Khan said the economy has witnessed accelerated growth due to the policies of the government. Nobody was anticipating the 3.94 percent growth for the current year but there are estimates that it will go beyond four percent.

The Prime Minister said increase in growth will also help address the issues of inflation and unemployment. He said there is unprecedented activity in the construction sector besides the record sale of tractors, cars and motorcycles.

Imran Khan said the opposition parties have got together not for the sake of the country but their vested interests. He said they wanted to get rid of the corruption cases through blackmailing. He however said they will not succeed in their designs.

Responding to the question of a caller, the Prime Minister said there has been record production of some major crops including wheat, rice and maize. He regretted that the agriculture sector was ignored in the past but now the government is paying attention to its development on modern lines.

He said steps are being taken to provide farmers direct access to the markets. We are also establishing nine hundred new storage facilities. He said more loans will be given in the agriculture sector which will benefit the farmers.

Imran Khan said we have started work on ten dams which will be completed in ten years’ time. He said this will enhance our water storage capacity.

The Prime Minister said telemetry system will be introduced to ensure fair distribution of water amongst the provinces.

The Prime Minister said 4143 billion rupees have so far been collected in taxes by the FBR during the current fiscal year which is a record. He said this has been achieved despite the challenge posed by COVID-19.

Expressing satisfaction over the way Pakistan handled the pandemic, the Prime Minister said the system of FBR is being automated which will help bring more people into the tax net and significantly enhance our revenue. This in turn will reduce the burden of loans besides the government will have sufficient resources to spend more on the people.

The Prime Minister said no tax will be imposed on the poor people in the next budget.

Imran Khan said his main focus is to provide better health facilities to the disadvantaged segments of the society. He said Khyber Pakhtunkhwa government has already provided health insurance cards to all the households whilst the same will be done in Punjab by the end of this year.  He said a network of hospitals will be established in the country. For this purpose, the land of Pakistan Railways and Auqaf will be utilized.

Responding to a query of another caller, Imran Khan said a committee has been established to categorize between legal and illegal housing societies. He said this list will also be put on a website so that the people are not defrauded by the illegal housing societies. He said the land record will be computerized in Islamabad, Punjab and Khyber Pakhtunkhwa by August this year which will also help discourage the land mafia.

He said legislation is also being brought to ensure speedy disposal of land related cases. He said the government has taken strict action against the land grabbers and got vacated a large swathe of land from them. He said efforts are afoot to bring reforms in Punjab police and the day is not far when the people will also appreciate its performance like that of Khyber Pakhtunkhwa.

When asked about Rawalpindi Ring Project, the Prime Minister said this is a very important project for the city and work on it will be started immediately.  He said he ordered inquiry into the project after receiving reports of fraud in it. He said inquiry will be completed into it in a matter of two weeks and then action will be taken against the responsible persons who realigned the project for the benefit of few individuals.

Prime Minister Imran Khan categorically stated that Pakistan will not sit with India for talks until it rescinds the illegal steps of 5th August 2019 in the Indian illegally occupied Jammu and Kashmir.

He said normalization with India at this moment will amount to treachery with the people of Kashmir. He said trade cannot be carried out with India when it is committing worst human rights violations in the illegally occupied Jammu and Kashmir.

Imran Khan said Palestine situation is very similar to the one in Indian illegally occupied Jammu and Kashmir. He said there is greater awareness in the world now about the atrocities that Israel is perpetrating against Palestinians. He said there is only two state solution of the issue. DNA