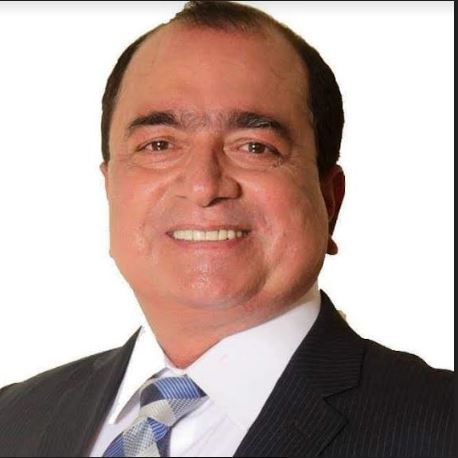 Islamabad – Civil society representatives and experts who participated in the 26th Conference of Parties (COP26) of the United Nations Framework Convention for Climate Change (UNFCCC) while speaking at a webinar on Saturday appreciated Pakistan’s performance at COP26 and refuted the allegations leveled by a parliamentarian a day before. They have asked the prime minister for a probe as to why a misleading propaganda was initiated by a parliamentarian at the Public Accounts Committee (PAC) meeting, an irrelevant forum for such matters.

They hailed the leadership of Special Assistant to Prime Minister (SAPM) Malik Amin Aslam Khan that made Pakistan chair several sessions of the COP. Pakistan was elected as a member of the Six Non-Annex 1 members bureau, standing committee on finance, adaptation fund board, consultative group of experts, Paris Agreement compliance committee, Warsaw international mechanism on Loss/damage, adaptation committee, and technology executive committee. Pakistan will be chairing the G77+China group, and the Asia-Pacific Group next year (COP27).

Special Assistant to Prime Minister Malik Amin Aslam said “Pakistan’s pavilion remained a happening place throughout the summit though we had only an 8 member delegation from our foreign office and ministry of climate change. The delegation was approved by the prime minister and we were not able to adjust any parliamentarian in the delegation for conference privileges. Perhaps that is the only bone of contention for the wrong propaganda against the successful mission. Pakistan was elected to eight committees based on the performance while declared forest champion along with two other countries. Pakistan was also declared nature’s leader along with three other countries. We are trying to translate the Prime Minister’s vision of climate action that has been appreciated by the world leaders.”

Malik Amin Aslam said: We need to have vigorous implementation mechanisms in place for the commitments we have done globally, and for the implementation of policy frameworks that we have approved so far. Some policies and strategic frameworks were launched before going to the COP26. They are very inclusive while Pakistan’s National Determined Contribution (NDC) to the COP26 was declared as one of the best. We have asked for a $100 billion grant in a decade to reduce 50 percent of its carbon emissions. The country has promised 15 percent reduction in carbon emissions from its own resources.

Devcom-Pakistan Executive Director Munir Ahmed quoting Lord Aamer Sarfraz, said that the Conservative Member of the House of Lords (UK) has seen Malik Amin Aslam “locked up in a windowless room, the size of a prison cell, having back-to-back meetings all day long on behalf of his country. My government has told me that he has set a global example for other Ministers [participated in the COP26].

Lord Aamer Sarfraz has said that “For someone in Pakistan to create a controversy on the rare topic in which Pakistan is winning, is unforgivable. The UK position is very clear [that] Pakistan was a star performer at COP26.  Malik Amin Aslam is extremely well regarded internationally. I visited the Pakistan pavilion myself, which was by far one of the most active and effective pavilions at the summit. Pakistanis can be very proud of the global climate leadership their country is taking.”

Munir Ahmed referred to the UK minister for environment Zac Goldsmith’s tweet that says:  “What a great leader he is. Amazing what he is doing in Pakistan. An inspiration.” We need to have the courage to appreciate the good work of professionals and try to contribute to it instead of mudslinging.

A senior officer at the UK Foreign and Commonwealth Development Office (FCDO) in Pakistan Nadeem Ahmed said, the UK government appreciates Pakistan’s efforts at COP26 and have high hopes that we have signed a MoU to enhance green cover in Pakistan.

SDPI Executive Director Dr. Abid Qayyum Suleri said Pakistan’s performance at COP26 has been exemplary for every country participating there. Vigorous participation by the delegation leader Malik Amin Aslam won Pakistan much desired place in the number of committees and selection as the chair of G77+China, and Asia-Pacific Group for the next COP. He slammed allegations and mudslinging by an honorable parliamentarian.