Community awareness session on trafficking in persons held at Quetta 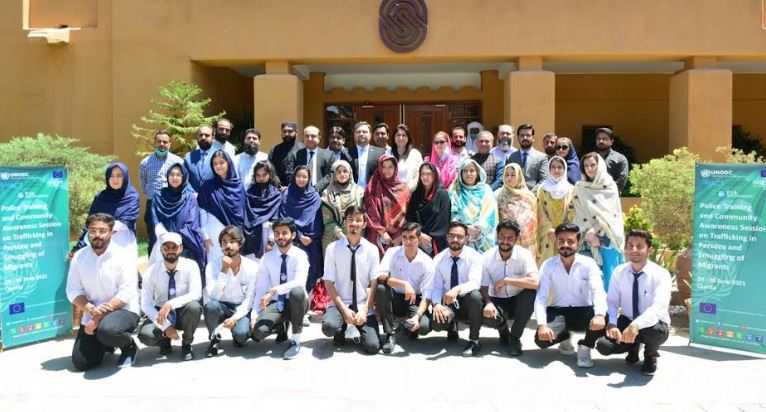 QUETTA, JUN 30: Under the EU funded GLO.ACT – Global Action to Address Trafficking in Persons and the Smuggling of Migrants (GLO.ACT – Asia and the Middle East), the United Nations Office on Drugs and Crime (UNODC), will conduct sessions on trafficking in persons and smuggling of migrants for the Balochistan Police, Federal Investigation Agency, community elders, media, academia and civil society organisations. The sessions will be held at Quetta, the provincial Headquarters of Balochistan in Serena Hotel on 29-30 June 2021.

The purpose of conducting these sessions is to raise the awareness of relevant stakeholders to prevent and respond to trafficking in persons and smuggling of migrants.

The sessions will emphasize upon challenges being faced by LEAs related to combatting TIP and SOM crimes. It is a common perception that FIA is the only competent Agency to deal with the crimes of TIP and SOM, which is not the case. The Prevention of Trafficking in Persons Act 2018 clearly refers that all internal trafficking cases must be dealt by Police, whereas all external trafficking cases shall be dealt by FIA.