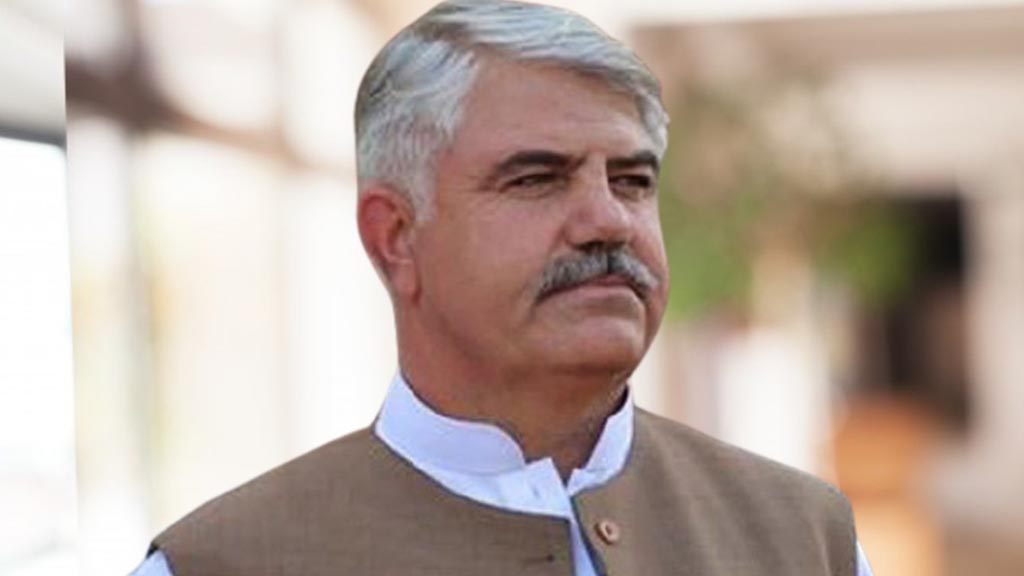 From Our Correspondent
PESHAWAR, MAR 22: /DNA/ – Chief Minister Khyber Pakhtunkhwa Mahmood Khan on Tuesday paid a short visit to Peshawar city where he performed the groundbreaking of New General Bus Stand Project which would be completed by June 2023 at an estimated cost of Rs. 5 billion. New general bus stand covering 303 kanals of land would have 375 bays for parking of light and heavy vehicles and would provide all time solution to the issues related to vehicular traffic in Peshawar City. It would have all the facilities including Commercial Shops, Cafeteria, Masjid, Toilets, Workshops, Rest Areas, Waiting Areas, Service Stations, Petrol Pump, Water Recycling Plant and Solar System etc. All the bus stands operating in the city would be shifted to the new general bus stand which will help reduce environmental pollution in the city. The chief minister also inaugurated newly established family park at Bashir Abad which has been completed at a cost of Rs. 75 million.  Provincial Cabinet Members Taimur Salim Jhagra, Kamran Bangash, Faisal Amin Gandapur, Members of Provincial Assembly Asif Khan, Fazal Elahi, Malak Wajid, Arbab Jehandad and others were also present on the occasion.  The chief minister while addressing the newly elected local bodies representatives and party workers at Bashir Abad has said that local bodies representatives should serve the people with zeal and zest and play their respective role in resolving public issues of their areas. He said that an effective local bodies system was an integral part of Prime Minister’s vision adding that the provincial government would provide every possible support to the local bodies representatives to resolve the issues being faced by the general public. He said that Prime Minister Imran Khan was working day and night for the welfare of poor people and to stabilize the national economy. Bashing the opposition parties the chief minister said that a bunch politically jobless people looted the national exchequer with the both hands and whereas on the other hand only Imran Khan was fighting for the sovereignty of nation, independence of Kashmir and glory of Islam as well adding that Imran Khan has made it clear to the international community that friendship would only be on the basis of equality. He said that whatever jobless politicians do, neither they would succeed in their goal nor they can harm Imran Khan. He said that people of Khyber Pakhtunkhwa stand with Imran Khan and a huge crowed will reach Islamabad on March 27 and there would be historical public gathering in Islamabad.