Li Bijian, while addressing the ceremony as a chief guest, said that the
Communist Party of China (CPC) has gone through a great journey of 101
years. It has grown from a scale of just over 50 party members when the
party was found and now has turned into a large party with more than 96
million party members, leading the Chinese people to realize the
transformation from standing up. The great leap from becoming rich to
becoming strong has ushered in a bright future for a great renaissance,
he added.

Consul General Li pointed out that China and Pakistan are highly
friendly and are each other’s all-weather strategic partners. Although
it has been more than two years since the COVID-19 epidemic has spread
globally, the development of China-Pakistan relations has always been
strong, with frequent and close high-level exchanges and continuous
advancement of practical cooperation in various fields.

China will, as always, firmly support the construction of the
China-Pakistan Economic Corridor. Through joint efforts and close
cooperation with the Pakistani side, the China-Pakistan Economic
Corridor will be built into an open, green and clean benchmark and model
in the Belt and Road Initiative, which will bring more benefits to the
two countries’ societies and communities.

Consul General Li affirmed KEC’s contribution to enhancing the
understanding of China and the Communist Party of China from all walks
of life in Pakistan, and hoped that KEC would continue to increase its
introduction and research efforts, deepen exchanges and cooperation with
the Chinese media community, and introduce more real, three-dimensional
and comprehensive China and the Chinese Communist Party to the Pakistani
society.

Sirajuddin Aziz, while addressing the ceremony as Guest of Honour,
congratulated on the 101st founding anniversary of the CPC and spoke
highly about President Xi Jinping, Chairman Mao and the founding
leadership of the CPC. He emphasized to learn from China, especially on
poverty alleviation.

He said there is so much learning but we are celebrating in the media,
they are celebrating the deposit of China 2.3 billion USD with our
Central Bank, we ought to be, in my personal view as a proud Pakistani,
ashamed! Borrowing is not to be celebrated, Earning is to be celebrated.
Borrowing means that you are living on borrowed money, for how long?

He said next month we will be celebrating our 75th anniversary of
independence but after 75 years where we stand? He said we need to work
on how we need to improve our economic structures.

He appreciated the meritorious services of Chinese CG Li Bijian and his
team to improve relations in every corner between the two countries. He
said we should appreciate that China has done so much for us.

Mubashir Mir congratulated the 101st anniversary of the founding of the
Communist Party of China and said that the achievements made by the
Communist Party of China under its leadership over the past 100 years
amaze the world. With brilliant achievements, absolute poverty has been
completely eliminated at home, and great initiatives such as the “Belt
and Road” and “Community with a Shared Future for Mankind” have been
proposed in the international community.

Manzar Naqvi said that 101 years  of service of the CPC are filled with
struggles, sacrifices, and sincere efforts of all CPC leadership,
resulting now China is an emerging superpower of the world and soon will
be the only world superpower and the top economy.

He said China believes in sharing the future and prosperity, I must
congratulate Xi Jinping, who launched an amazing development program,
Belt and Road in September 2013 for the amazing developed China,
regional developments and connectivity aiming for a community with a
shared future for mankind.

He appreciated Li Bijian and his whole team utilizing their full
energies, dedications for the last two and half years to improve
relations between the two countries and efforts in speeding up CPEC.
They served historically despite of COVID-19.

At the end cake cutting ceremony of the founding anniversary of the CPC,
all participants along with CG China Li Bijian cut the big cake
displaying the CPC emblem which was especially baked by renowned Chef,
Faiz. 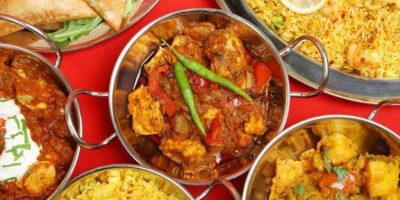 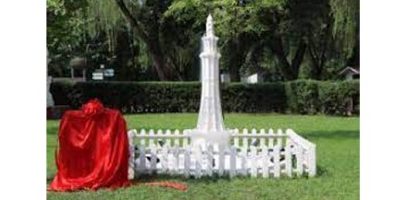