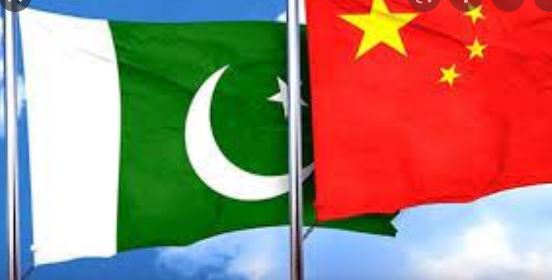 ISLAMABAD, Dec 12 (DNA): China-Pakistan joint declaration on Win-win Cooperation has been issued, according to Gwadar Pro.

The Joint Declaration was officially determined at the 2021 Forum on Cooperation between China and Pakistan Friendship Provinces and Cities held online.

The joint declaration includes 7 key issues of concern to the international community. The Chinese and Pakistani ambassadors, representatives of the foreign ministries and the central and local governments have formally reached agreement on these issues.

The consensus reached in the joint declaration stated that both sides recognize the historical achievements made by CPC in the past 100 years; CPEC has achieved fruitful and all-weather development, the strategic partnership of cooperation has been deepened, and China-Pakistan relations have become equal and mutually beneficial; the 21st century is an Asian century, win-win and common development is the right path for mankind and the only right choice for all.

It further said, Pakistan have set a good example of solidarity and cooperation for the international community by working together to tackle the pandemic challenge; China and Pakistan will establish more sister city relations to deepen mutually cooperation in politics, economy and trade, scientific and technological innovation, education and culture, public health and people-to-people exchanges;

Qasim Khan Suri, Deputy Speaker of Pakistan’s National Assembly, said at the forum that CPEC has entered into its second phase. One of the focal points of bilateral cooperation under CPEC is poverty alleviation and high-quality development.

China’s poverty alleviation model serves as a benchmark for developing countries like Pakistan to follow. Our meaningful exchanges and pragmatic cooperation will definitely result in the development of a shared community for a new Era,”

According to the joint declaration, he also proposed several suggestions on poverty reduction and local development.