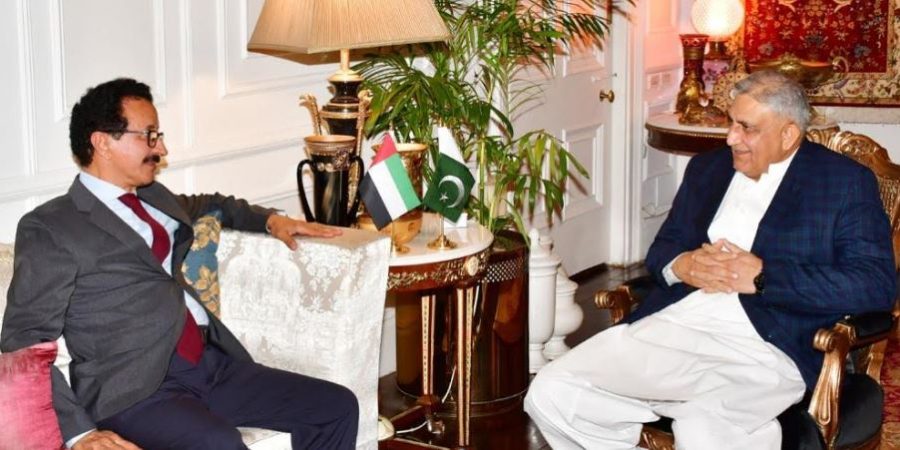 Relief efforts in the wake of the devastating floods and all that can be done on the road to recovery for Pakistan was discussed.

Sheikh Sultan, who had earlier today visited flood affected areas in Sindh, made a donation of USD 2.5 Million for the Army relief fund.

The Excellency commended the relief efforts of Pakistan Army in the flood affected areas and said that UAE and its leadership stands with the people of Pakistan in this time of distress. The dignitary committed to raise the issue of climate justice for Pakistan at the world forums. COAS thanked Sheikh Sultan for his valuable and timely support to Pakistan.

Sheikh Sultan offered to bring other donors for Flood Relief efforts in the days ahead.Sheikh Sultan also thanked Mr Fakhr Alam, Sitara e Imtiaz, for arranging this visit and creating awareness in UAE about the need for help in Pakistan.  DNA

« Do we need a government of technocrats? (Previous News)
(Next News) Pak vs Eng: Pakistan eye revenge against England in fourth T20I today »