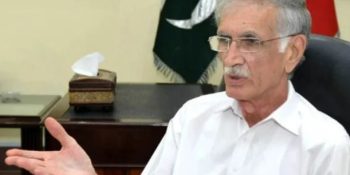 JEHANGIRA: Former Defense Minister and PTI leader Pervez Khattak said Sunday that he is involved in all the matters related to his party and assured workers and supporters that news related to early elections will be revealed in two to three days. Khattak, while speaking during a rally in Khyber Pakhtunkhwa’s Jehangira town, warned that he will demonstrate how to overthrow the throne once he reaches Islamabad. “No one in the world is ready to trust the coalition government and they will be taught a lesson on how to be removed fromRead More 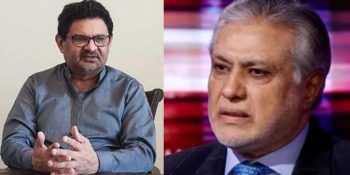 Staff Report ISLAMABAD, Federal Minister for Finance and Revenue Miftah Ismail on Sunday tendered his resignation to Pakistan Muslim League-Nawaz (PML-N) supremo Muhammad Nawaz Sharif in a party meeting held in London. Senior PML-N leader Ishaq Dar would replace Miftah as new finance minister. Ishaq’s nomination was put forth by Prime Minister Shehbaz Sharif and former prime minister Nawaz Sharif in a meeting, held under the chair of PML-N supremo. The meeting threadbare discussed overall political and economic situation of the country. It was of the opinion that the incumbentRead More 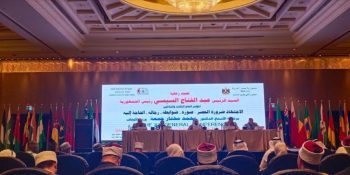 Saeed Ahmed Shaikh We are living in a fascinating world. A world whose charm is unending. We are lucky to be the inhabitants of this charismatic globe which offers countless pleasures. Our ancestors were however star-crossed as they lived in a comparatively less-fascinating world. They missed its hundreds and thousands of gratifications including gladdening themselves from electronic gadgets, booting out Boeings and air-buses, hanging down on manuscripts for knowledge, enjoying online shopping with virtual currencies and so on and so forth. List of our forefathers’ deprivations is too long. NothingRead More 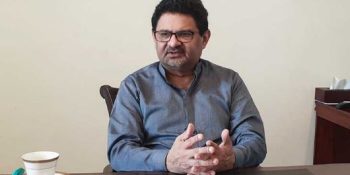 Ishaq Dar to return to Pakistan along with PM Shehbaz today 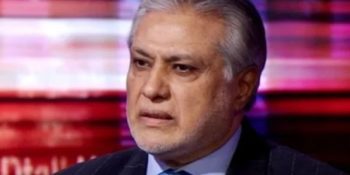 LONDON: PML-N leader Ishaq Dar will be coming back to Pakistan along with Prime Minister Shehbaz Sharif on Sunday. The decision was made by PML-N supremo Nawaz Sharif and PM Shehbaz after prolonged meetings that took place between the two leaders over the latter’s two-day visit to London. Nawaz suggested Dar not to delay his return and leave with the premier tonight. As decided by the two party leaders, Dar will assume charge as the finance minister on Tuesday, while the current Finance Minister Miftah Ismail will continue to remain part ofRead More 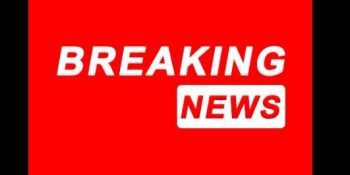 Shsmim Shahid PESHAWAR:  Qaumi Watan Party (QWP) Chairman Aftab Ahmad Khan Sherpao on Saturday asked the government to coordinate efforts to provide relief to the flood-stricken people in the country. He said that it would take years to repair the damage caused by the unprecedented floods. Aftab Sherpao said that a particular political party and its leadership were doing a disservice to the affected people by playing politics on the issue of floods.  According to a press release, he was speaking at a meeting of party office-bearers and workers from PK-56Read More