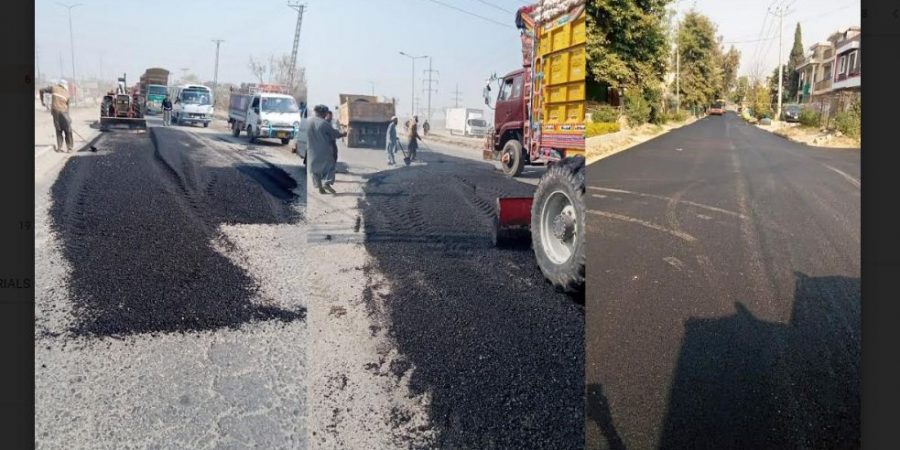 ISLAMABAD: Capital Development Authority (CDA) has completed carpeting work on 7th avenue, 9th avenue, Jinnah Avenue, Blue Area, D-12 and other various roads in the city. The work on carpeting and repairing has also been started at IJP road. More than 370 kilometers of roads have been carpeted by the joint efforts of the department of MPO and Road Maintenance.

According to detail, CDA’s work on restoration of road infrastructure is continued. The departments of MPO and Road Maintenance have increased the pace of the work. More than 80% work has been completed during last few days in the markets of sector F-10, I-8, I-9, I-10, D-12. Carpeting work has also been completed at the main road, service road, and U-turn of sector D-12. Small sectors of the city are also being considered. Carpeting work is underway in the streets of I-9 and I-10. More than 90% carpeting work has been completed in sector G-7, G-8, G-9, G-10, G-11, and G-5. Repairing work is in its final stages at main roads including Express way, F-10, I-9, I-10, Soharwardy road, park road, and others. The work of repairing and restoration on neglected IJP road has also been started. U-turns and shoulders of the roads are also being repaired. Advertisements have been published in the Newspapers regarding further work of repairing and restoration. 100% work of carpeting will be completed in next few months.=DNA