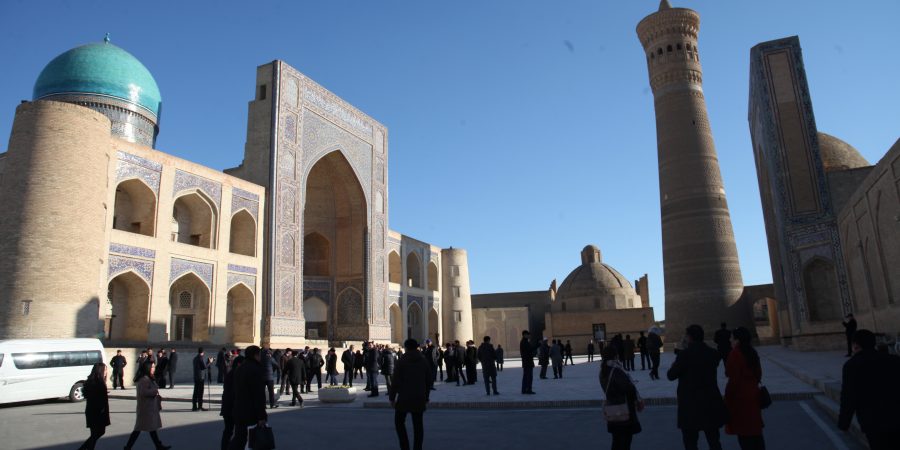 BUKHARA, UZBEKISTAN, FEB 25 (DNA) – The First International Forum on Ziyarah Tourism held in Bukhara affirmed that Ziyarah Tourism has great potential for improving cultural and humanitarian ties around the world. A declaration was also issued at the end of the two-day forum.

Here is the text of the declaration. “Bukhara Declaration on Ziyarah Tourism Adopted at the First International Forum on Ziyarah Tourism February 22, 2019, Friday (17 Jumada Al-Akhirah, 1440) in the city of Bukhara, Republic of Uzbekistan. The State Committee of the Republic of Uzbekistan for Tourism Development, Committee for Religious Affairs under the Cabinet of Ministers of the Republic of Uzbekistan, Muslim Board of Uzbekistan, Bukhara Regional Administration, Islamic Organization for Education, Science and Culture (ISESCO), World Tourism Organization (WTO), international organizations, universities, representatives of tourism industry, experts in the field of Halal and Ziyarah tourism, as well as clergy who participated in the First International Forum on Ziyarah Tourism concluded and have endorsed the following declaration. The Forum, held under the auspices of ISESCO and with the support of UNWTO, based on the principles of the Global Code of Ethics for Tourism, adopted in Santiago (Chile) in 1999 at the 13th session of the WTO General Assembly, which states that “Travel for purposes of religion, health, education and cultural or linguistic exchanges are particularly beneficial forms of tourism, which deserve encouragement”. The Ninth Islamic Conference of Culture Ministers, which was held on November 2-4, 2015 in Muscat (Oman), issued a resolution whereby proclaiming the city of Bukhara as one of the three Capitals of Islamic Culture for the year 2020. The Islamic Ministerial Conference organized by ISESCO, which was held on November 27-29, 2018 in Manama (Bahrain), declared 2019 as the “Year of Islamic Heritage”, asked all competent and concerned institutions to actively contribute to these important initiatives. Exploring rich historical and cultural heritage of Uzbekistan through tourism is an important factor in an intercultural exchange, promotion of the peace and strengthening friendship ties among the nations

One of the sectors of tourism – Ziyarah Tourism has grown exponentially and became one of the leading trends for the 21st century, contributing to increased diversification of the services and mutually beneficial cooperation. We are encouraged by the positive impact of Ziyarah Tourism to the raising standards of living of the population and the transformation of the societies. And recognize that Ziyarah Tourism, with a sustainable development, has great potential for improving cultural and humanitarian ties around the world. We acknowledge that information technologies bring changes to Ziyarah Tourism, especially in the field of promotion, marketing, differentiation and specialization of tourism products. And reaffirm our belief that Ziyarah Tourism should contribute to the personal growth of the individuals and the strengthening of fundamental social norms and values of the nations. We express our agreement with the following provisions: 1. Safety, protection of the tourists and respect for their dignity are indispensable conditions for the development of tourism. Steps are being taken to simplify travel, tourists’ trips and stays, accompanied by measures to ensure their safety and protection. According to the research carried out by international rating agencies, Uzbekistan is among the top five countries in the world in terms of security and happiness. 2. Uzbekistan is a secular state with a predominantly Muslim population, where citizens of different beliefs and cultures live together in atmosphere of peace and respect. Uzbekistan is proud of its centuries-old traditions of tolerance and inter-confessional harmony. Many recognize ethnic and religious diversity as a heritage of the Great Silk Road, which served as a melting pot of cultures and civilizations. Uzbekistan initiated a special resolution on December 12, 2018 at the UN General Assembly “Enlightenment and Religious Tolerance”. 3. Uzbekistan, being one of the centers of Ziyarah Tourism, plays an important role in promoting the true values of Enlightened Islam, consolidating the legal, scientific, methodological and philosophical foundations of Islam. 4. Hundreds of cultural and historical monuments of Uzbekistan, listed as a UNESCO World Heritage Sites, strengthen further the sense of respect and respect for the invaluable historical heritage of Uzbekistan, national identity, and high spirituality in the younger generation. 5. The Quran (Mus’haf) of Khalifa Usman, written in 644-646 AD, is recognized as a significant and unique evidence of the centuries-old cultural and historical heritage of Muslim culture. Stored in a special room of the “Moyi Mubarak” madrasah in Tashkent, the Mus’haf attracts scholars and religious figures, pilgrims and tourists from around the world. 6. The rich history, the unique scientific, spiritual heritage of our great ancestors, who made an invaluable contribution to the development of world civilization, the world-famous historical cities of our country, bring tourists from all over the world, for their ziyarah to the sites of Islamic and other civilizations.