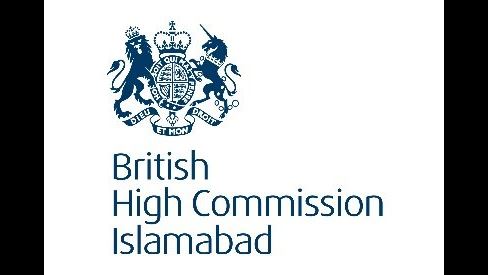 ISLAMABAD /DNA/ – The British High Commission on Tuesday announced the launch of the Chevening Mentoring Scheme for budding journalists.

The three-month mentorship programme has been designed to target women and minorities working for media outlets or as freelance journalists across Pakistan. Fellows from the flagship Chevening South Asia Journalism Programme will act as mentors for those picked to join the scheme, and will share their knowledge and experience with young journalists on one-on-one coaching sessions, as well as group discussions.

The British High Commission inaugurated a successful, similar mentorship programme targeted at lawyers and entrepreneurs in 2020. Its second phase was launched last year during which Chevening alumni mentored a group of eight women and two men. The participants benefitted in a wide range of areas, enabling them to become thought leaders and to drive positive change in their chosen field.

2022 marks 75 years of UK-Pakistan relations with a programme of joint activities planned throughout the year.

“To mark 75 years of Pakistan’s independence this year, I am pleased to launch a new mentoring programme aimed at backing and bringing up talented women and minority journalists. They will get to learn from some of the best journalists in their profession, and bring their stories to readers in Pakistan, UK and around the world. We are ek saath.”

“Despite the challenges, Pakistan has a vibrant and growing media with more women joining the profession now. Addressing these challenges and equipping women journalists with proper training and mentoring will be a solid step towards a more diverse and inclusive media landscape.”

BBC correspondent Sahar Baloch will also be a mentor.