Because Together We Stand 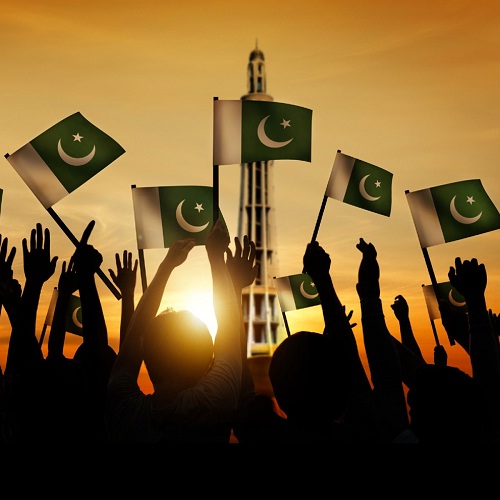 “UNITED WE STAND, DIVIDED WE FALL’’ was first pitched by John Dickinson, known as the founding father of United State. I believethis phrase, many of us had hear and read a lot. However,not a mere theory, but this phrase is actually practical and agreed among everyone. With the meaning that,“If weare together, we can win any battle”.

Talking on the broader spectrum,any circumstances that a nationconfronts can be pacify if it gets the association of all.

History may be boring, embellished with a lot of years, though to memories, but full of lessons for life. You all would be familiar with our history, the greatest and the richest of all, the Kingdom of Sub-continent, whose splendor still reflects from the timeless buildings of Lahore or Dehli. Howit was assembled? “Unity”; by Akbar’s combining all the surrounding states, by making peace, harmony and an air of uniformity, which in return cultivated prosperity.

Later, time took a U-turn towards failure, reasons involved nevertheless the gravest of all corruption parallel with division or our failure to stay united.

I recently completed reading “The Anarchy” by William Dalrymple and trust me my heart tore with idea that we couldn’t unite, and when it was evident that if we would have collaborated we could dragthose sea dogs out of our magnificent country, but all we were caredfor personal gains. Turn the pages and you would find Tipu from Maysor and Siraj from Bengal went court to court with the message that,“united we could win”, however failed, betrayed and why, because of the greed of personal gains. Well, those personal favors also didn’t last for long.

Till today we are doing the same, repeating the history as we cannot agree on one point, we cannot represent at globe as a united nation, since we distinguish ourselves as Punjabi, Pathan, Balochi, Kashmirior Sindhi, but never hear anyone saying am Pakistani, then there goes a roller costar for sect and further under the disguise of politics.In doing so we ignore, a political environment marked by instability is likely to include acts of violence, including the worst of all terrorism that has a vicious power to destroy what comes in the way, but who cares since everyone is only interested in self, individualism.

However, why we divide, who we are to fight on a piece of land, or some other material gainthat obviously would never stay with us forever, as we know we are guests of few years.

What if today we may stand as one nation and represent our country and support our leader, we not only can earn the respect from across the globe, but the doors of prosperity can unlock. We care for others to put effort first, why not start with our self to make Pakistan great.

Remember, when many drops gather they form a sea, otherwise the sea is nothing, understand this riddle, if a drop is alone then a single drop is nothing, in the same regards, if we turn away from everyone then we will be all alone. Why don’t we unite and form a current? Consider about the greatest of people, let’s say Quaid e Azam a one-man army, later followed by millions. Let’s do some good everyday for our country, start with just a positive thought.

A very good example from nature Rainbow,how many colors are there in it?as such they are seven,however how closely they are attached, had they been alone,there would be no such concept of rainbow. Same is the case with the nation.