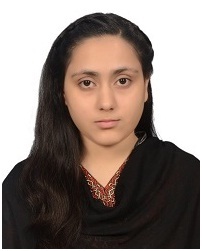 The decision to grant amnesty to the TTP is not a trivial one, it is a big decision. The government should not bypass the parliament on this issue at all. The issue should be discussed in the parliament and decided by mutual consultation through a joint parliamentary committee

Pakistan has fought a successful war against terrorism, inflicting heavy casualties and financial losses in this war, however, all terrorist groups operating against Pakistan are well aware that without bowing to the law and recognizing the Constitution of Pakistan they will not be accepted, so they are being invited to negotiate under the constitution. Prime Minister Imran Khan, while confirming the talks with some groups of Taliban, said that if the banned Tehreek-e-Taliban Pakistan (TTP) surrenders, they will forgive. The government of Pakistan wants to give a chance to peace while avoiding further bloodshed. Pakistan can negotiate from a strong position. Appropriately under taken negotiations will not only bring peace to Pakistanbut will also be a major blow to the enemies of the country who are sponsoring these angry elements.

There is no doubt that PTI prefers peace talks to war. The Prime Minister has also hinted at talks with some groups in the banned Tehreek-e-Taliban Pakistan (TTP), but the TTPs overall response seems inflexible, conflict resolution must be found for peace, but peace cannot be unilaterally pursued, lasting peace is possible only when the other side also expresses its desire. But the statement and actions of the banned organization do not prove that the peace talks are serious and they are ready for any dialogue.In this case, the gestures of unilateral talks are not in line with Pakistan’s commitment against terrorism.

Pakistan’s desire to hold bilateral talks after a long war on terror indicates weakness. It is worth noting that the world’s most resourceful states have not been able to successfully eradicate terrorism as Pakistani security agencies have done, although terrorist elements still carry out sporadic incidents but for a decade, the current situation is quite different and remarkably better than before, as acknowledged by the world and international organizations along with people of all walks of life in Pakistan.

Pakistan had spared no effort to curb terrorism, but the remnants of the terrorists could not be completely wiped out in Afghanistan due to the provision of a conducive environment for hiding their heads. Pakistan is suffering the consequences. However, after the Taliban’s victory in Afghanistan, we believe that the Afghan Taliban should play a responsible role in this situation, which is expected of them by all. This has also been promised by the Taliban leadership. Pakistan should be no need to be part of the talks or any direct offer, the Taliban should fulfill their responsibility, because they promised that Afghan territory would not be used against any other country, yet concerns from the banned Tehreek-e-Taliban Pakistan (TTP) are still a matter of concern.

The decision to grant amnesty to the TTP is not a trivial one, it is a big decision. The government should not bypass the parliament on this issue at all. The issue should be discussed in the parliament and decided by mutual consultation through a joint parliamentary committee. Prior Negotiations with TTP were neither wrong nor are they wrong now, but both sides will agree. Only then will the talks be meaningful, if the government decides to negotiate with the TTP without a consensus then such measures may create chaos in the country and will not cast a good impression at the international level either. Peace talks by the government will be successful only when the power of the parliament and the people is behind it. Without the confidence of the people and parliament, the desire for peace will remain unfulfilled.