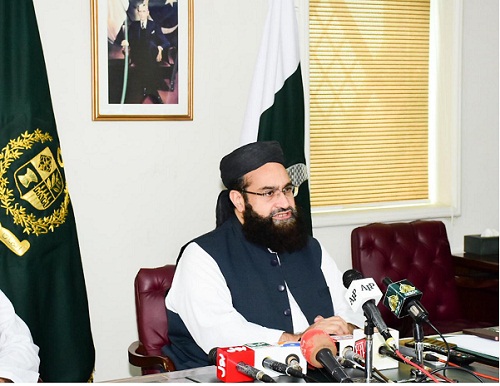 Addressing a news conference, he said the ongoing campaign of boycotting Indian products being continued in various countries.

He urged religious scholars, Ulema and others to forge unity among their ranks and boycott the Indian products. India was committing gross human right violations in Asam and Muslim community should collectively raise its voice against Indian aggressions.

Ashrafi lauded the performance of law enforcement agencies and religious scholars for maintaining peace and atmosphere of brotherhood during Muharram.

He said despite persistent efforts to ignite hatred and communal violence in Pakistan, India has miserably failed in its conspiracies this year due to changed situation in Afghanistan.

Criticizing the so called experts of human and women rights , he said such people forgot to talking about the rights of Dr Aafia Siddique along with women of Afghanistan.