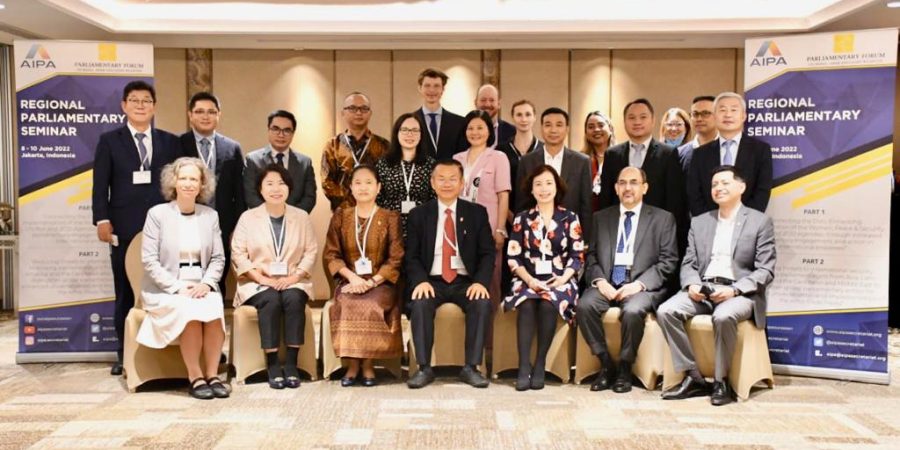 Jakarta: The ASEAN Inter-Parliamentary Assembly (AIPA) thanked Pakistan for bringing the South-Asian Perspective to its deliberation.

AIPA represents the Parliaments of 10 ASEAN countries. The organization had granted observer status to the Parliament last year. It was therefore the first time that Pakistan was attending an AIPA event, as an observer.

Speaking at the occasion, Ambassador of Pakistan to ASEAN H.E. Muhammad Hassan, stated that Pakistan remained committed to fighting the illicit trade in Small Arms and Light Weapons, as well as for the full implementation of the UN Programme of Action (PoA) on Small Arms. Pakistan was a party to eleven global and two regional counter-terrorism instruments. It regularly filed national implementation reports on the Programme of Action on Small Arms, outlining national measures taken over the years.

At the national level, he stated, Pakistan had developed the necessary legislative, regulatory, enforcement, and institutional mechanisms to regulate the sale, supply, and transfer of these arms. Additional measures were being taken including in the areas of enforcement, imports, and licensing. On the legislative side, Pakistan has undertaken sweeping reforms to amend Anti-Terrorism Act. Our Counter-Financing of Terrorism (CFT) legislation now fully corresponds with global standards. We have also enacted the Pakistan Arms Ordinance, Surrender of Illicit Arms Act, Terrorists Special Courts Act, Anti-Narcotics Force Act, and the Anti-Money Laundering Bill.

The Ambassador further stated that the issue of illegal arms has been a serious challenge in the South Asian region. Several factors, including geoeconomics and geopolitical developments; inter-state rivalries; internal political and socio-cultural fault-lines were making the region a center of the illegal arms trade. The violence and insecurity created by this phenomenon were making a destructive impact on the region’s development, affecting economic growth and often resulting in long-standing grievances that can last for generations. For years, Pakistan had been fighting an unrelenting war against terrorism. In this war, it had lost more than 80,000 precious lives and incurred financial losses exceeding USD 100 billion. Denied economic and investment opportunities have been much more. He, therefore, called for a comprehensive, integrated, and multi-dimensional approach that addressed all aspects of the problem. He stressed the need to focus on both supply and demand sides of the problem, including resolving festering disputes, addressing the root causes of conflicts, and the factors leading to public unrest including the use of state machinery to suppress legitimate demands of the people. He stressed that the causes of conflict were even more important to address than the instruments of conflict. That would require adopting more strategic and innovative approaches to ensure conflict prevention and resolution.

The Secretary-General of AIPA welcomed Pakistan to its first event after obtaining observer status with ASEAN. She thanked Pakistan for bringing the South Asian perspective to the event and hoped that the parliament of Pakistan would continue to make constructive contributions to AIPA’s future deliberations.