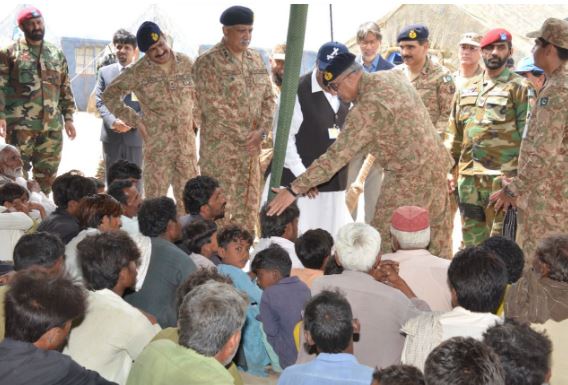 Later, General Bajwa was flown for aerial reconnaissance of flood-affected areas of Badin and its surroundings.

The business community members acknowledged the role and sacrifice made by the Pakistan Army in providing safe environment for the country’s economic prosperity and assured COAS maximum support for the flood affected people.