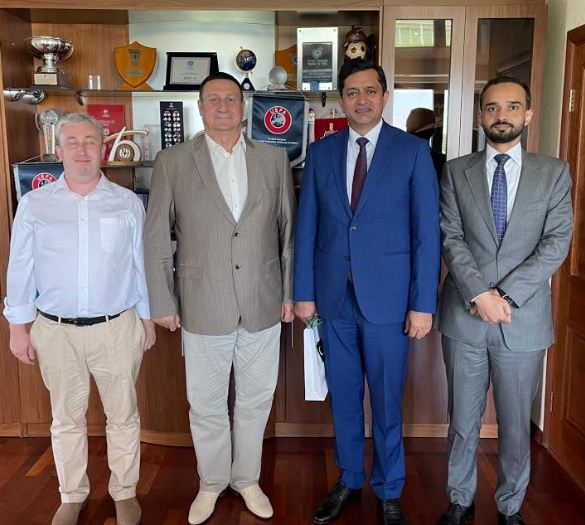 MINSK: Amb Sajjad Haider Khan called on the Chairman of the Football Federation of Belarus Vladimir Bazanov. The meeting was also attended by DHM Abdullah Amin.

During the meeting, opportunities of bileteral cooperation were discussed, including the possibility of supplies of football balls from Pakistan, organising coaching sessions for the Pakistani Football Team in Belarus and holding friendly football matches between Pakistan and Belarus.

Chairman Bazanov offered the Pakistan football team to play a FIFA match with Belarusian team during 2022, exact dates will be notified later. He offered to provide sports facilities and football coaches for the Pakistani team during their training sessions in Belarus.

The meeting concluded with a commitment to pursue an MOU for mutually beneficial cooperation between Pakistan and Belarusian Football Federations.