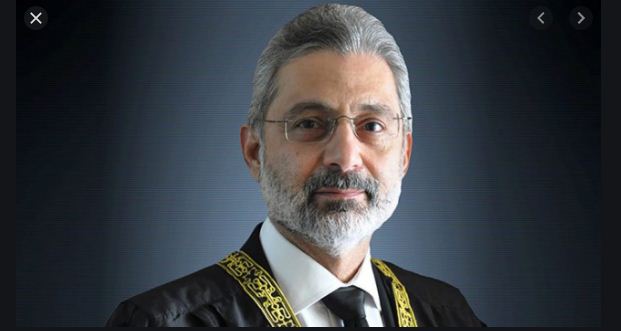 Speaking during the hearing of SC judge Justice Qazi Faez Isa’s review petition against the presidential reference filed against him, the judge remarked, “We are living in a global village, and we will have to get along with the world. There is nothing secret in court proceedings. People should be given the right to comment on courts’ verdicts.”

A 10-member bench of the apex court is hearing Justice Isa’s review petition.   Justice Qazi Faez Isa, the petitioner, on the occasion alleged that the government had first gagged the mainstream media, and now it was after youtube channels since it was afraid of truth coming out. “If hearing of my case is shown live on media, it will help sift the truth from falsehood,” he said and alleged that state-owned media was maligning him.

Justice Umar Ata Bandial replied that he could not meet him in private. Had that been the case, he would have told him that his case was being given complete coverage.  Meanwhile, the federal government has strongly opposed the SC judge’s request for showing hearing of his case live.

Additional Attorney General (AAG) told the court that the point not raised in the original petition could not be taken up in the review petition as well.   He further argued that Justice Isa’s petition was not admissible for hearing.

“No journalist or a body of journalists has so far asked for the live coverage of SC judge’s case’s hearing,” he added.  Justice Mansoor Ali Shah, however, told that it was the apex court’s prerogative to order live coverage of the hearing of a certain case.

“The federal government cannot dictate to us as to what we should do and what we should not. Your job is only to assist us. There is no secret in the case which could not go on air. Even if some judge or a lawyer misbehaves in a court, that, too, should be shown live,” he opined.   The case’s hearing was then adjourned till March 17.  = DNA