Africa and Pakistan have all reasons to boost cooperation 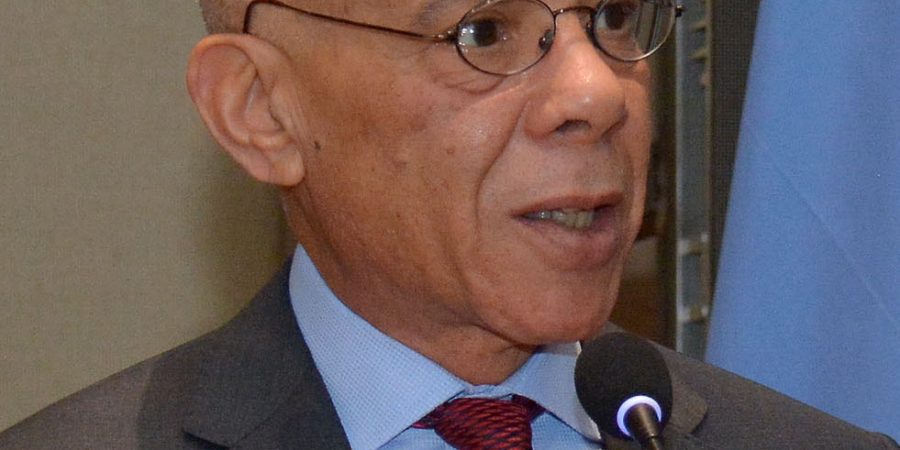 ISLAMABAD: Ambassador of Morocco Mohammed Karmoune who is also the Dean of the African Group, has said the 54 countries of the African Continent have signed in Kigali on March 2018, the African Continental Free Trade Area with the aim of creating a single market for goods and services. This trade bloc forms now the world’s largest free trade area that constitutes a market of 1.4 billion consumers.

As of the beginning of May 2022, 43 of the 54 signatories (80%) have ratified the African Continental Free Trade Area, but the Agreement entered into force on 30 May 2019, 30 days after the 22nd instrument of ratification was deposited with the African Union Commission.

He expressed these views while speaking on the occasion of the Africa Day event organized at the Islamabad Chamber of Commerce and Industry.

Ambassador Karmoune further said, as we go back to history, we recall the year 1961 when heroic, distinguished late leaders of African continent gathered in Casablanca to go over and trace the political situation prevailing at that time in Africa and launch the spirit of Pan-Africanism, the said conference called the *GROUP OF CASABLANCA*was the prelude of the birth of the Organization of African Unity in 1963.

Today is indeed is an opportunity to continue exploring the best ways and means to consolidate the Continent’s relations with Pakistan. This large market is indeed an opportunity for Africa and Pakistan to boost their economic cooperation, he added.

He said, many important initiatives have been made to unlock the potential of investments and trade between Africa and Pakistan.

‘I am referring here to the policy of engagement with Africa initiated since 2017 to deepen Pakistan’s presence in Africa in terms of diplomacy, trade and investment. Pakistan organized at the end of January 2020, the first Trade Development Conference in Nairobi, Kenya, to highlight the potential of trade relations with African countries. The second Pakistan-Africa Trade Development Conference was organized in Lagos, Nigeria from 23-25 November 2021’.

On the Diplomatic front, the Ambassador said, Pakistan has announced the opening of six new embassies in Africa. As African group of Ambassadors and Heads of Missions in Islamabad, we welcome these initiatives, which have had a positive impact on the trade volume between Pakistan and Africa. From 2019 to 2020, trade exchange between Africa and Pakistan had reached 4.18 billion dollars.

Now after these two trade development conferences, we would like to see Pakistani investors overcoming their timidity and engage in joint ventures with African investors in the fields of agriculture, industry, mine extraction, banking, information technology, digital economy, renewable energy, textiles, pharmaceutical industry, agro-food, transport and infrastructure, etc.

More actions are needed to boost investments and to further increase trade volume between Africa and Pakistan. I am thinking, for example of the following actions:

1-Organizing more trade fairs in both Africa and Pakistan to give the chance to business people to meet, to exchange information and to partner in different economic fields.Cooperation can further be reinforced by focusing on areas of mutual interests

2- Organizing seminars between African Chambers of Commerce and Industry and their Pakistani partners to exchange information on business opportunities in both Africa and Pakistan and to share expertise in different domains.

3-Considering seriously the creation of Joint ventures with African businesses in order to strengthen the mutually beneficial partnership between Pakistan and Africa.

4-Promoting the establishment of direct maritime links between Africa and Pakistan in order to facilitate trade exchange.

6- Pakistan and African countries have also to examine the possibility of establishing a financial institution, which will accompany businesses in their development.

8- Promotion exchange of visitsbetween business delegations in the two directions.

9- Considering flexibility in issuance of visas for businessmen in order to facilitatetheir mobility between Africa and Pakistan and vice versa.

In conclusions he said, that the Covid-19 pandemic and what is happening around the world, global change has had a deep impact on the major economic activities and has severely disrupted trade and supply chains but all these has been a wake-up call for us to invest in health, agriculture, education and infrastructure at a time major parts of the world are facing many challenges such as food and health securities, water scarcity, youth unemployment , gender equality , women empowerment and many other issues.

‘Let us then give a new dynamic to Africa -Pakistan relations for the mutual benefits of the two parties, as we all hope for peace, stability, security, more development and wellbeing of the peoples of nations of the world’.