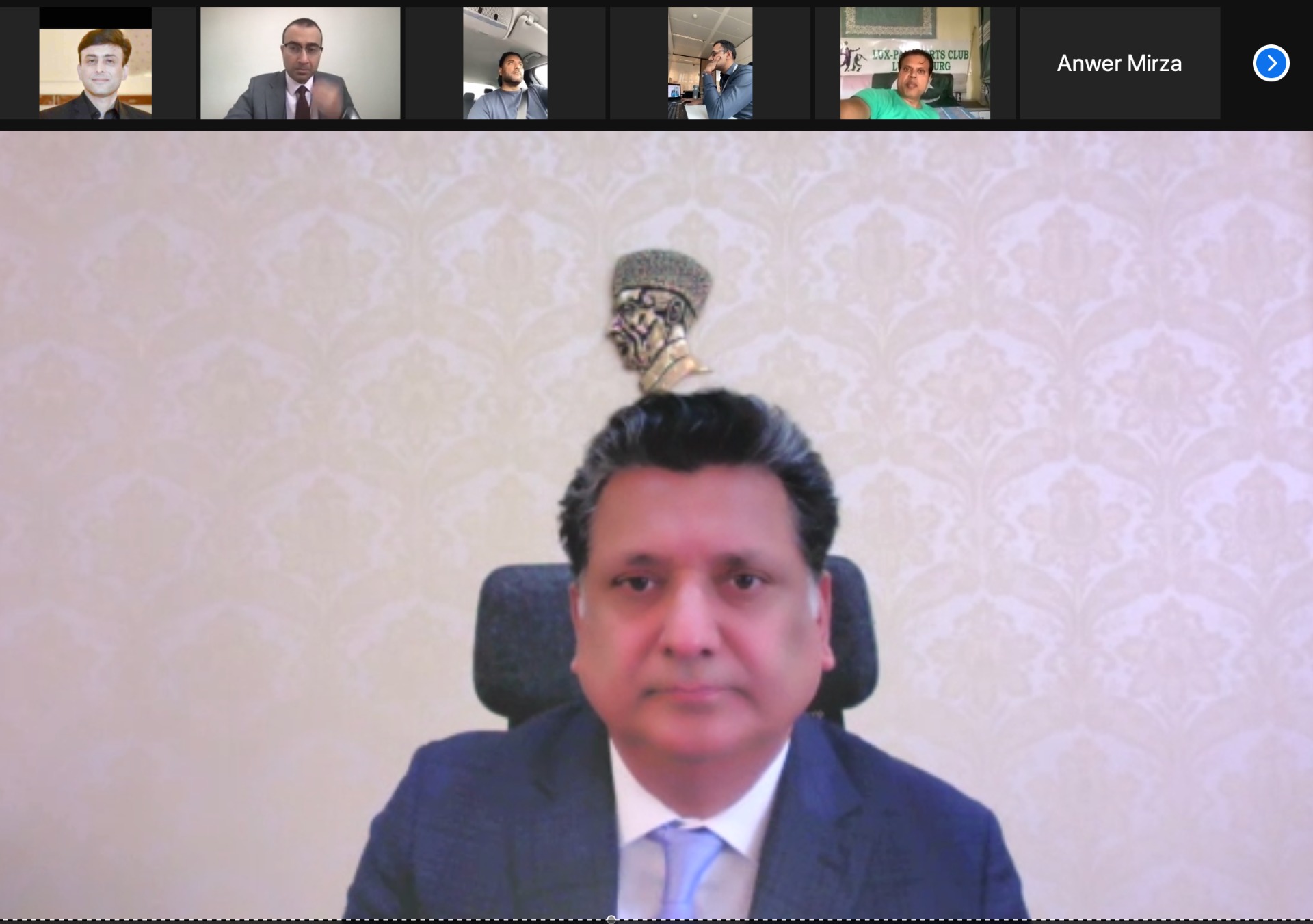 The Embassy of Pakistan, Brussels, organized the 9th Khuli Katchery in a virtual format with the Pakistani diaspora in Belgium, and Luxembourg.

Ambassador of Pakistan to the European Union, Belgium, and Luxembourg, Mr. Zaheer A Janjua, briefed the participants about the continued efforts of the Mission to provide efficient and seamless services to the community.

Ambassador Janjua also apprised the participants about Government’s recent initiatives to facilitate the Non-Resident Pakistanis (NRPs). He explained that the State Bank of Pakistan has launched ‘Roshan Apna Ghar’ Scheme for non-resident Pakistanis for acquisition of residential and commercial properties in the country.

The virtual interaction was attended by diaspora members from different walks of life. The community members conveyed their complete satisfaction with the services provided by the Embassy. They particularly praised the easy access to the officials and their forthcoming attitude to resolve the problems faced by the members of the Pakistani community in Belgium and Luxembourg.

« Us ‘Lost’ The 20-Year War In Afghanistan: General Mark Milley (Previous News)
(Next News) ICCI urges Govt. to intervene to arrest the sharp devaluation of rupee »