Pakistan keen to diversify its export to Qatar: President Alvi 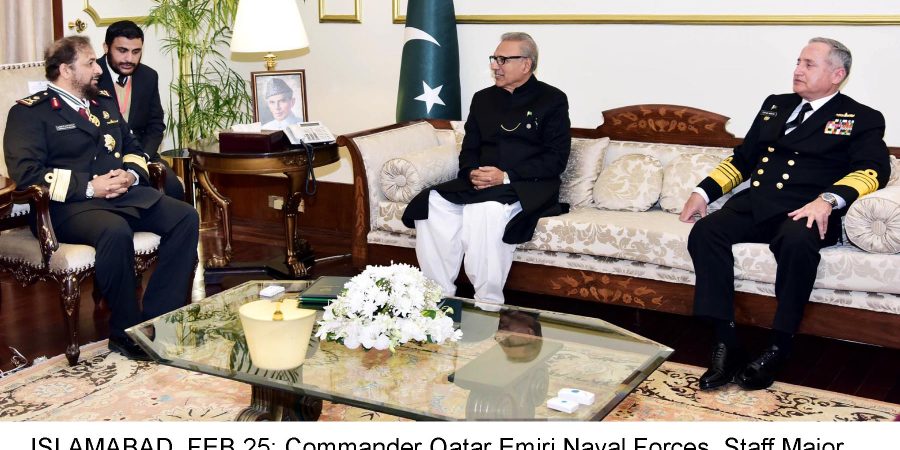 The President also appreciated Qatar’s decision to extend visa on arrival facility for Pakistanis and its approval for employment of 100,000 workers from Pakistan.

He noted with satisfaction that both the Navies were in regular interaction and emphasized the need to further enhance operational interaction between the two Navies.

The Commander Qatar Emiri Naval Forces thanked the President and the Government of Pakistan on being awarded with Hilal-i-Imtiaz (Military) and hoped that cooperation between the Navies of the two countries will continue to expand in future.

Chief of the Naval Staff Admiral Zafar Mahmood Abbasi and senior officers were also present in the ceremony.=DNA