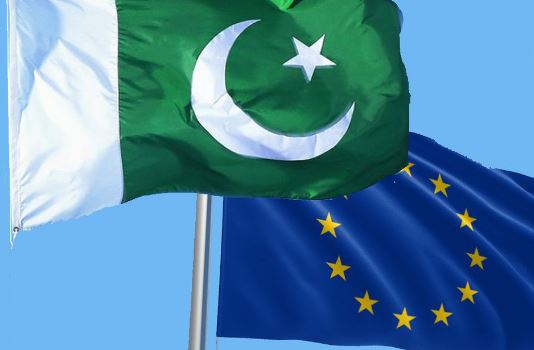 The Dialogue covered broad range of subjects relating to bilateral relations including the comprehensive implementation of Pakistan-EU Strategic Engagement Plan (SEP), and regional and international developments. Underscoring the commonality of views, the Foreign Secretary stated that EU was a traditional friend and a major political, economic and trade partner of Pakistan. He expressed satisfaction over the positive trajectory of bilateral relations and reiterated Pakistan’s resolve to further deepen cooperation with the EU in diverse areas.

Highlighting that GSP Plus was a mutually-beneficial undertaking, the Foreign Secretary reiterated Pakistan’s commitment to implement the 27 International Conventions covered under the preferential trade scheme. The Foreign Secretary also conveyed Pakistan’s position on the new legislative proposals of the European Commission relating to the GSP Plus.

Deputy Secretary General Mora appreciated continued Pakistan-EU engagements, including holding of various dialogues despite challenges of Covid-19 Pandemic. He also stressed the importance of structured Dialogue on migration and hoped that the engagements envisaged under the Strategic Engagement Plan will commence as the Covid-19 situation improves. Mr. Mora informed that he looked forward to the visit of Foreign Minister Qureshi to Brussels for the next round of Strategic Dialogue. He appreciated Pakistan’s facilitation in evacuation efforts from Afghanistan for the international community. Both sides stressed the importance of their continued high-level exchanges with regard to the situation in Afghanistan.

The Foreign Secretary further apprised his counterpart of the dire human rights and humanitarian situation in Indian Illegally Occupied Jammu and Kashmir (IIOJK). He underscored that the unabated human rights violations and denial of right to self-determination to the Kashmiri people were major obstacles in relations between Pakistan and India. India must, therefore, undo its illegal and unilateral actions of 5 August 2019 and create an enabling environment for any meaningful engagement.

Pakistan and the EU enjoy cordial relations, underpinned by close bilateral cooperation and commonality of views and regional and global issues including multilateralism, free trade, fight against terrorism, and climate action. The two sides are closely engaged through high-level interactions and increasing collaboration on matters of common interest under the framework of Pakistan-EU Strategic Engagement Plan.

The Foreign Secretary extended invitation to Deputy Secretary General Mora to undertake a visit to Pakistan at his earliest convenience.

« COAS directs all out support to civil administration to arrest perpetrators (Previous News)
(Next News) WHO: Omicron strain identified in 38 countries »