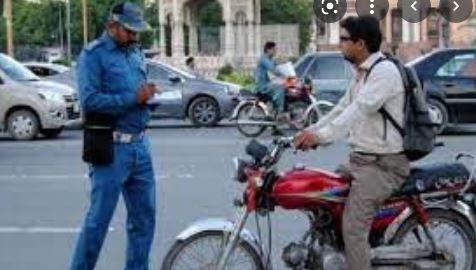 Senior Superintendent of Police (Traffic) Mazhar Iqbal  said that as per direction IGP Islamabad Muhammad Ahsan Younis special squads have been constituted to take action against carless drivers putting the lives of others at risk. He also asked to adopt decent attitude with road users.

He said that all officials have been directed for strict action against such drivers and to ensure steps for safe road environment in the city. He said that directions have been made to ensure renewed efforts for awareness about traffic rules among citizens by ITP education wing.

He directed ITP’s teams to visit educational institutions to create traffic sense as several students have joined ITP as traffic volunteers. The SSP (Traffic) said that purpose of action against such drivers is to ensure their own as well as others safety. He also assigned task to ITP’s education team to present weekly report about its performance. =DNA