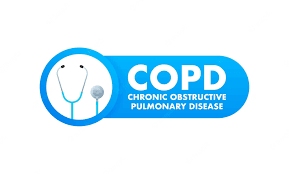 ISLAMABAD, DEC 01 (DNA) — Estimately about 4.5 million adults within the country are suffering from Chronic Obstructive Pulmonary Disease COPD, which are largely cost due tobacco smoking and Smog.

This was stated by health experts at a symposium organized by the department of pulmonology at Dow international medical college, Dimc.

Professor Zeba Haq, principal DIMC, who was the chief guest of the symposium, said that the main reason behind COPD in man is tobacco smoking while women were affected by smoke out of the wood and animal dung, they uses in their kitchen. The disease rate in the catch up, women was 49% against percent against 61% in men. She mentioned saying majority of the affected people remained of COPD in them.

Professor Doctor Faisal Asad of the pulmonary department in his key note address noted that it is not only the tobacco smokers but the non-smoking people inhaling the tobacco smoke are also affected and are at the risk of developing COPD.

Doctor Faisal Asad informed the gathering that asthma and COPD shows the same symptoms like coughing repeated repeatedly difficulty in breathing due to mucus in chest. Asthma may occurred from the childhood is treatable while COPD occurred in elder people who have to use medicines for long to breathe easily. This diseases not cure able.

He said that tobacco is used in many forms, cigarette tobacco, hookah, smoking shisha, it also includes snuff. If it is continued for 25 years, the risk of developing COPD increases, while its rate also increases with age. Air pollution, vehicle smoke, household pollution are the causes of this disease. It is created which must be addressed.

He said that the rate is high in winter which increases every year, because of shortness of breath every year cough and cold are occurring and if the common man stays for a long time then it becomes mandatory to get diagnosed by a doctor.  The downside of not getting timely treatment and early diagnosis is that the airways narrow and breathing becomes difficult.

He also explained what treatment should be given at which stage of this disease and which tests and medicines should be given to the patients. And it can be prevented, not only that but timely treatment can be done and life can be made easier and sufferings can also be reduced.

He said that if women cook for two hours in a closed room where there is no proper ventilation, they may also face the same harm as smoking, it is called domestic pollution. He said that the fuel and riba burnt in the brick kilns are only cheated to change the color and give them yellow color to show good quality of the bricks, this poison is being released in the air and vehicles.

Smoke infects both lungs. The proportion of population is increasing, which causes more problems, there is no checking and control of air pollution. At the end of the symposium, Dr. Zeba Haq gave shields to Dr. Faisal Asad, Dr. Zahid Azam and Prof. Iftikhar Ahmed. =DNA