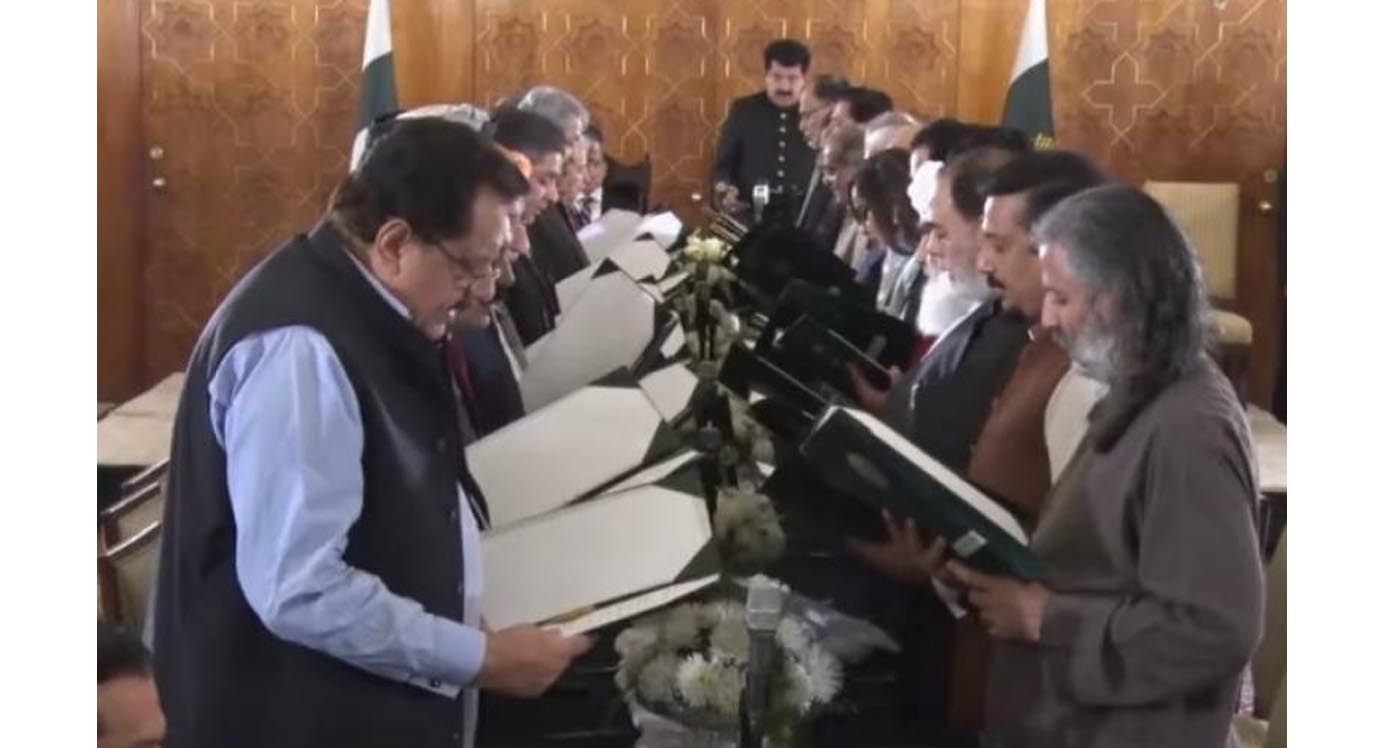 ISLAMABAD, Apr 19: The 34-member federal cabinet comprising the members from mainstream political parties of the country took oath on Tuesday at a swearing-in ceremony held here at the Aiwan-e-Sadr.

Chairman Senate SadiqSanjrani administered oath to the cabinet members – 31 federal ministers and three state ministers, a week after he had sworn-in Prime Minister Shehbaz Sharif as the head of the government.

Besides PM Shehbaz Sharif, the event was attended by senior politicians including Bilawal Bhutto, former prime ministers YousufRazaGilani and Raja Pervaiz Ashraf, and a large number of parliamentarians, party workers and government officials.

One member each from BalochistanAwami Party (BAP), JamhooriWatan Party and Pakistan Muslim League-Q also joined the cabinet. Balochistan National Party stayed away from becoming part of the coalition cabinet.

The opposition alliance had led to the ouster of Prime Minister Imran Khan from his office through a majority no-confidence vote in the parliament on April 10.

On oath, the cabinet made its solemn pledge “to bear true faith and allegiance to Pakistan, discharge its duties honestly to the best of ability and faithfully in accordance with the Constitution of the Islamic Republic of Pakistan and the law”.

“I will strive to preserve the Islamic Ideology which is the basis for the creation of Pakistan. That I will not allow my personal interest to influence my official conduct or my official decisions,” said the new ministers in chorus-reading of the text of the official oath.

The list of federal ministers categorized as per their political parties is as under:

The President House in a statement issued prior to the oath-taking ceremony said that President DrArifAlvi had given formal approval to the names of the federal and state ministers, and advisers.

The portfolios of the cabinet will be announced later.