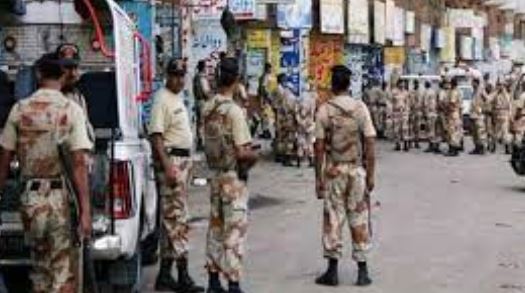 ISLAMABAD: 3 Terrorists killed including 2 high-value targets at Balgatar , Kech in a follow up clearance operation conducted on a makeshift Terrorist hide-out linked with recent terrorist activities in Panjgur.  The terrorists hide out was  surrounded on a major intelligence tip-off.

The killed terrorists were involved in terrorist activities in complete Balochistan. Cache of arms and ammunition recovered from hide out.