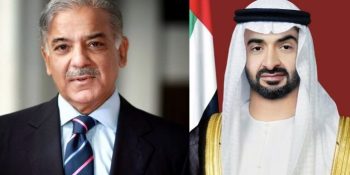 UAE President talks to PM Shehbaz; grieved over heli incident, flood losses DNA ISLAMABAD” The Prime Minister held a telephonic conversation with the President of the United Arab Emirates, His Highness Sheikh Mohamed bin Zayed Al Nahyan, today. During the telephonic conversation, the two leaders exchanged views on matters of common interest. Reaffirming the close fraternal ties between the two countries, they agreed to work closely to further enhance bilateral cooperation in different fields. The Prime Minister offered his condolences on the damage caused by the recent floods in the Emirates,Read More 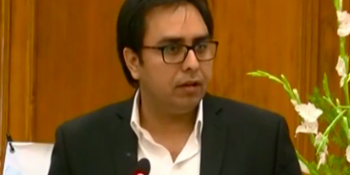 Shahbaz Gill arrested DNA ISLAMABAD:  The Chief of Staff of PTI Chairman Imran Khan Shehbaz Gill has been arrested. He was arrested when he was about to enter the Bani Gala Imran Khan residence. Sources says the Islamabad Police have arrested him however it is not yet confirmed. Meanwhile senior PTI leaders Fawad Ch and Farrukh Habib have condemned the incident and criticized the government. 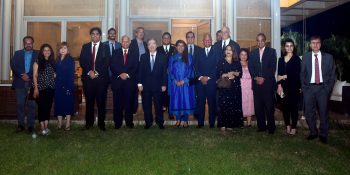 French ambassador hosts farewell dinner An emotional send-off to DHM Yves Manville The outgoing Deputy Head of Mission French embassy all praise for Pakistani friends Ansar M Bhatti/DNA ISLAMABAD:  Ambassador France Nicolas Galey hosted a farewell reception for the outgoing Deputy Head of Mission Yves Manville who is leaving Pakistan in September after completing his term. Ambassador Galey was all praise for the great diplomatic and communications skills of Mr. Yves and admitted he learnt a lot from his experience. The ambassador said it was a pity that he wasRead More