Duke and Duchess of Cambridge visit Bradford; The UK’s most diverse cities 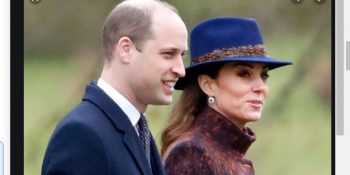 The Duke and Duchess of Cambridge visited Bradford – one of the UK’s most diverse cities – today to visit a number of projects supporting local communities. As part of the programme, they also visited one of the city’s flagship restaurants MyLahore, and heard about its charitable work.  Founded in 2002, MyLahore is a British Asian restaurant chain which has taken inspiration from the city of Lahore; The Duke and Duchess of Cambridge visited Lahore during their tour to Pakistan in October 2019.  Their Royal Highnesses visited the restaurant’s kitchen where theyRead More

Members of Ukrainian CEC to monitor parliamentary elections in Azerbaijan 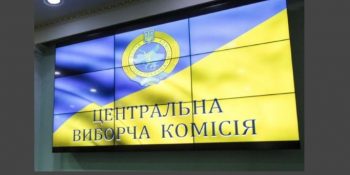 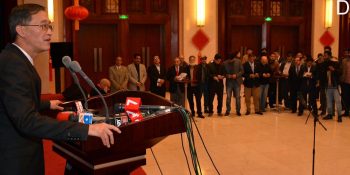 Says unilateral Indian decision in Kashmir has disturbed regional peace BY ANSAR M BHATTI ISLAMABAD, JAN 15 (DNA) – Ambassador of China Yao Jing has said Western propaganda against CPEC was baseless adding the mega project would continue despite all negative campaigning. The Chinese ambassador was speaking during a reception he hosted to mark the Chinese new year. Ambassador Yao further said one thing is very clear for the Chinese leadership and Chinese government that Pakistan remains a strongest and firm and best friend of China. He said in theRead More

Firdous grieved over loss of lives in heavy snowfall in AJK, Balochistan 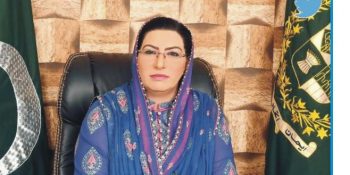 ISLAMABAD, Jan 15  – Special Assistant to Prime Minister on Information and Broadcasting Dr Firdous Ashiq Awan on Wednesday expressed deep grief and sorrow over the loss of precious lives in heavy snowfall in Azad Jammu and Kashmir and Balochistan. In a tweet, the SAPM said that Prime Minister postponed all his activities and left for AJK to himself see the latest situation in the calamity-hit area and visit the injured persons to enquire after their health. She said that the entire nation stood by the victims of the calamity.Read More

Use of mobile phones banned in govt hospitals: NA told 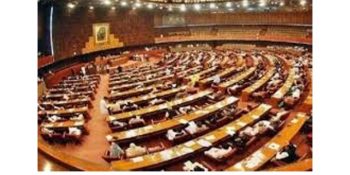 ISLAMABAD, Jan 15  – Parliamentary Secretary for National Health Services Dr Nousheen Hamid Wednesday told the National Assembly that the federal government hospitals had imposed ban on doctors and staff from using mobile phones during their duty hours. Speaking during the Question Hour in response to a question of MNA Moulana Abdul Akbar Chitrali, she said use of mobile phone while on duty was only allowed for emergency calls. The cases of emergencies like road accidents, bomb blasts, earthquake and firing were being communicated to the staff through mobile phonesRead More 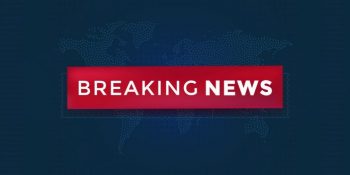 ATTOCK: Jan 15 (DNA) School teacher was booked and suspended from service on Wednesday for subjecting a minor student of inhuman torture and serve punishment in his school for not learning his lesson. According to sources, 5 years old student of Government high school number 2, went to school where his teacher named Ijaz has subject him serve punishment for not learning his lesson. Due to torture, the minor has received stick bruises at his face as well as other parts of the body. As the minor returned home whileRead More