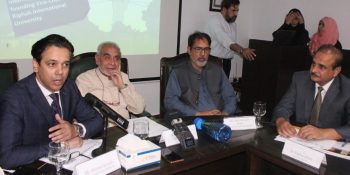 ISLAMABAD, SEPT 05 (DNA) – YFK-International Kashmir Lobby Group (Youth Forum For Kashmir) organized a round-table on Kashmir in collaboration with Riphah Institute of Public Policy, Riphah International University at the Federal Capital Islamabad. Event was titled “Revocation of Article 370 & 35A By India: Options For Pakistan”. Speakers analyzed the onground situation of Indian-occupied Kashmir after the revocation of Article 370 & 35A by India. They discussed the available options for Pakistan in this regard. Speakers included Prof. Dr. Anis Ahmed-Vice Chancellor Riphah International University, Mr. Quraishi-Executive Director YFK-InternationalRead More 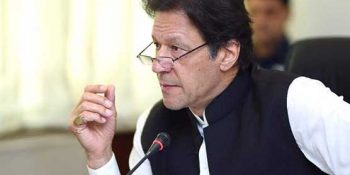 ISLAMABAD, SEPT 05 (DNA) – Significant progress has been made to generate cheap electricity through alternative sources after submitting new renewable energy policy 2019 to the Prime Minister Imran Khan. The Power Division s Renewable Energy Policy has set goals for increasing power generation through alternative and renewable sources in 2019. 20 per cent by 2025 and 30 per cent by 2030 will be generated from alternative sources. With the increase in production, the delivery system will also be upgraded. Plans will also be made every year to include electricityRead More 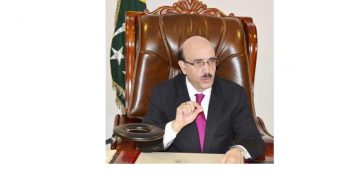 ISLAMABAD, SEPT 05 (DNA) – The AJK President, Sardar Masood Khan has reiterated his call for immediate opening of a human corridor under the UN supervision, to save lives of eight million people of occupied Kashmir, and to provide foodstuffs and life-saving drugs to the besieged Kashmiri people.       Addressing a seminar on Kashmir here on Thursday, he stressed the UN Security Council to immediately intervene to prevent ethnic cleansing of Kashmiri people and to resolve the Kashmir conflict in accordance with its own resolutions as well asRead More 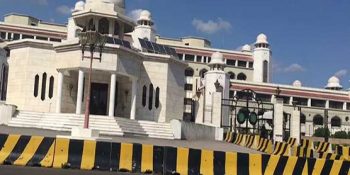 ISLAMABAD, SEPT 05 (DNA) – The Prime Minister’s Office (PMO) on Thursday issued a red letter to 27 ministries for ‘critical delay’ in completing and submitting the report of assigned tasks. Deadline of September 9 has been given to the concerned ministries for providing details including information on vacant posts, recruits and provision of data on vehicles. Red letter has been issued to 27 federal ministries/divisions out of a total of 34 ministries. According to details, the record was repeatedly sought by Prime Minister Imran Khan where even a yellowRead More 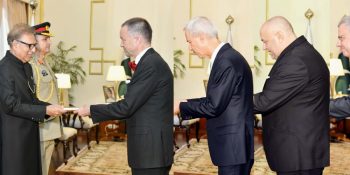 ISLAMABAD; SEPTEMBER 05, 2019: Ambassadors-designate of Germany, Belgium, Bulgaria, and Netherlands presented their credentials to President Dr. Arif Alvi in a credentials ceremony at the Aiwan-e-Sadr, Islamabad on Thursday.   The President felicitated the newly appointed Ambassadors to Pakistan and hoped that they would work for further strengthening the existing ties of their respective countries with Pakistan.   Among them were Dr. Bernhard Stephan Schlageck (Germany), Phillipe Bronchain (Belgium), Aleksandar Borisov Parashkevov (Bulgaria), and Willem Wouter Plomp (Netherlands).   Later, the Ambassadors separately called on the President. Speaking on the occasion,Read More 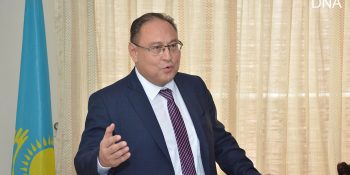 by ANSAR M BHATTI Spells out priorities of the new President of Kazakhstan ISLAMABAD, SPET 5 (DNA)- Ambassador of Kazakhstan Akan Rakhmetullin has said his country was keen to expand and diversify relations with Pakistan adding during his tenure as ambassador he would particularly focus on enhancing trade and economic links between the two countries. The newly-arrived ambassador of Kazakhstan made these remarks during a press conference at his residence on Thursday. The ambassador who presented his credentials to the President of Pakistan on September 4, further said tourism wasRead More