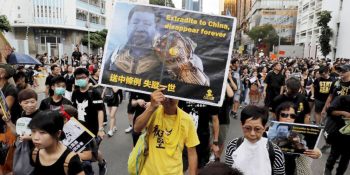 HONG KONG, JUL 08 (DNA) – Protesters against an extradition bill in Hong Kong attempted to spread their message to Chinese tourists and visitors during their latest march through the streets. Many of the marchers chanted “Free Hong Kong” and some carried British colonial-era flags at the demonstration – the first major rally since the storming of the legislative council building last week. There were clashes between some activists and riot police trying to drive back crowds in the Mong Kok neighbourhood. Live TV footage appeared to show a handful of protesters being detained after being wrestled toRead More