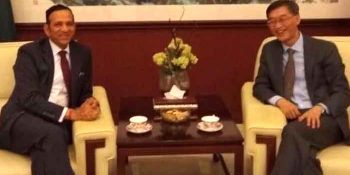 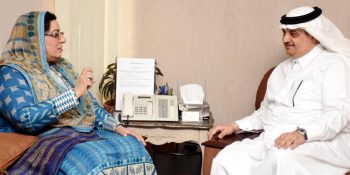 ISLAMABAD, MAY 9 (DNA) – Nawaf Saeed Ahmad Al-Malki, Ambassador of Kingdom of Saudi Arabia in a meeting with Special Assistant to the Prime Minister on Information & Broadcasting, Dr.Firdous Ashiq Awan said that Saudi Arabia is keen to establish cultural centre in Islamabad with a view to strengthen cultural collaboration between the two countries. He said that Saudi Arabia was also looking forward to the skilled labour from Pakistan with regard to the vision 2030.  Pak-Saudi relationship is not confined to the Governments, rather it represents a people-to-people bonhomie,Read More 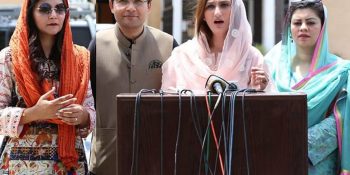 LAHORE, MAY 09 (DNA) – Pakistan Tehreek-e-Insaf (PTI) on Thursday has challenged Pakistan Muslim League-Nawaz (PML-N) leader Maryam Nawaz’s appointment as party vice president in Election Commission of Pakistan (ECP). According to details, PTI adopted the stance that Maryam Nawaz is ineligible to hold any political or public office as she had been sentenced by the court in corruption reference. Appointment of ex-PM Nawaz Sharif’s daughter Maryam as party vice president is contradictory to the constitution and law. The application, filed by Farrukh Habib, Maleeka Bukhari, Kanwal Shauzab and JaveraRead More 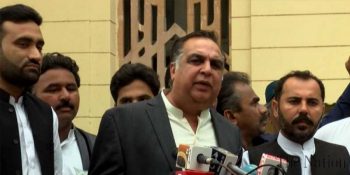 ISLAMABAD, MAY 09 (DNA) – Pakistan Peoples Party (PPP) and Pakistan Muslim League-Nawaz (PML-N) on Thursday has demanded immediate termination of Sindh Governor Imran Ismail. During the Senate session, PPP’s Raza Rabbani expressed anger over the governor and said that how he can even think of dividing Sindh. Imran Ismail should first resign from the governorship and then think whatever he wants, he added. Rabbani said that Imran Ismail is behaving like he has been made chief minister of the province. No one will bear division of the Sindh, heRead More 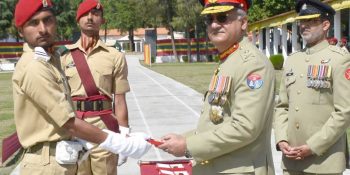 Passing out parade of Army Medical Corps Recruits held at AMC School and Centre Abbottabad. Major General Sohail Aziz reviewed the parade as chief guest . A total of 262 recruits passed out .Recruit Muhammad  Imran, awarded Gold Medal for being overall best recruit in the course. A large number of serving and retired AMC officers, soldiers and relatives of passing out recruits attended the ceremony. 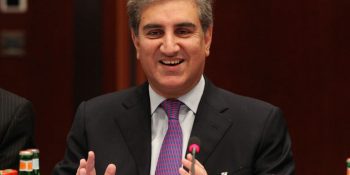 ISLAMABAD, May 09 (DNA): Pakistan has urged the World Bank to fulfill its responsibility regarding empanelment of Court of Arbitration for resolution of water related disputes between Pakistan and India. At his weekly news briefing in Islamabad on Thursday, Foreign Office Spokesperson Dr Muhammad Faisal reacted strongly to the recent statements of Indian leadership on the Indus Water Treaty. India’s Minister of Water Resources and Shipping Nitin Gadkari on Thursday said New Delhi will stop Pakistan’s share of water as allocated under the Indus Water Treaty. Minister Gadkari also announcedRead More