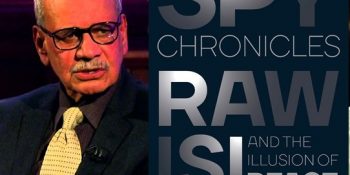 RAWALPINDI, MAY 26 (DNA) – Lieutenant General (retd) Asad Durrani, the former chief of the Inter-Services Intelligence (ISI), has been summoned to the Pakistan Army’s General Headquarters (GHQ) to explain his position over his book ‘The Spy Chronicles’, co-authored with former Indian spy chief. According to Major Asif Ghafoor, the Director General of Inter-Services Public Relations (ISPR), Durrani violated military’s code of conduct regarding his views in the sensational book; he has been asked to turn up at the General HeadQuarters on May 28th. The military’s spokesperson clarified that the codeRead More 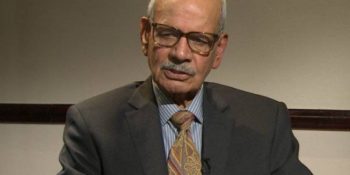 ISLAMABAD, MAY 26 (DNA) – Former ISI chief Lt. Gen (retd) Asad Durrani has responded over the criticism over his book “The Spy Chronicles”. He had written a book co-authored with former RAW chief AS Dulat and an Indian journalist Aditiya Sinha. He said the literary collaboration was simply a case of two people with experience in Indo-Pak affairs joining hands to discuss their respective perspectives. Regarding criticism from Nawaz Sharif and Raza Rabbani, the former ISI chief said anyone – be it a civilian or a former military official – who has been at theRead More