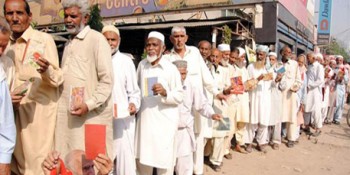 LAHORE, 02 JULY (DNA) – National Bank’s online link was reported down on one of the peak days of banking activities ahead of Eid-ul-Fitr on Saturday. Different branches of the bank out of a total of 1,400 across the country witnessed issues related to bad link, delaying issuance of pensions and failing to support finance-related needs of the locals few days before Eid-ul-Fitr. Long queues were seen outside different branches in Punjab, Sindh, Khyber Pakhtunkhwa and other parts of the country. Staffers of National Bank Taru Jabba Branch in NowsheraRead More 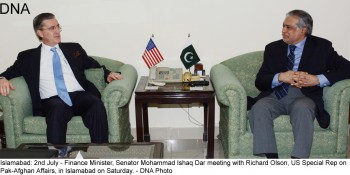 ISLAMABAD, 02 JULY (DNA) – The U.S. Special Representative for Afghanistan and Pakistan, Richard Olson, met with the Foreign Secretary in Islamabad on Saturday “discussed the regional security situation and efforts for peace and stability in Afghanistan,” officials said. Ambassador Olson is visiting Pakistan at a time when relations between Pakistan and the United States are tense over the drone strike that killed the Afghan Taliban chief, Mullah Akhtar Mansour and the U.S. blockade of the F-16 fighter planes. The visit is also seen important at a time when relationsRead More 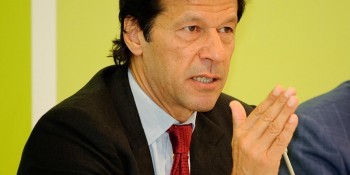 KARACHI, 02 JULY (DNA) – Pakistan Tehreek-e-Insaf chief Imran Khan on Saturday said announced to go to every limit, if needed, for accountability of Prime Minister Nawaz Sharif as the 120-day sit-in at Islamabad had prepared the party for larger protests. Talking to the media before leaving for Islamabad from Karachi, Imran Khan said, “Now if we set out for a sit-in we will be able to shut down the entire city.” Imran Khan said that his struggle is against the politics of kingdom. He added that his party hadRead More 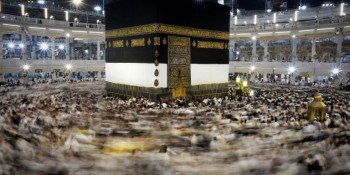 RIYADH, 02 JULY (DNA) – Eighteen pilgrims have been injured in a stampede near Islam´s holiest site, Saudi media reported on Saturday, as the kingdom continues to review safety after a deadly crush during last year´s hajj. The incident happened on Friday night near the Grand Mosque in Makkah, the Al-Riyadh newspaper said, as Muslims gathered in large numbers to mark the Night of Destiny, one of the high points of the holy fasting month of Ramazan. All the injured were treated at the scene and none required admission toRead More 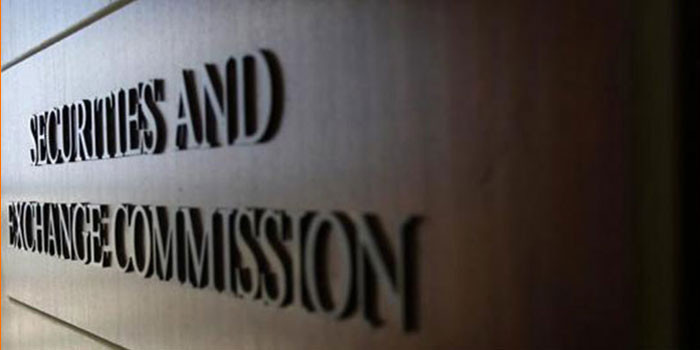 ISLAMABAD, 02 JULY (DNA) – The Securities and Exchange Commission of Pakistan (SECP) has framed Capital Market Development Plan for the period 2016 – 2018. The Plan is a roadmap for initiatives envisaged by the SECP for development of the capital market in the near future. It has been framed after extensive stakeholder consultation including suggestions and feedback from leading market professionals, stock exchange, central depository, clearing company and includes key reforms based on international best practices and benchmarks. The Plan reveals multiple challenges being faced by the Pakistani CapitalRead More 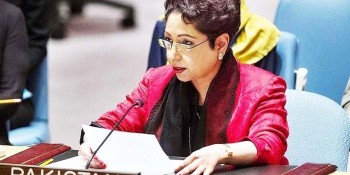 UNITED NATIONS, 02 JULY (DNA) – Pakistan has demanded an immediate cessation of drone strikes that violate the territorial integrity and sovereignty of States, saying such attacks also breach the fundamental rights of the victims and further fuel violence and extremism. Speaking in the U.N. General Assembly, Ambassador Maleeha Lodhi condemned the continued use of drones and described it as blatant disregard of existing international commitments on the use of remotely piloted aircraft She was elaborating Pakistan’s position after the adoption by the 193-member Assembly of a resolution on theRead More