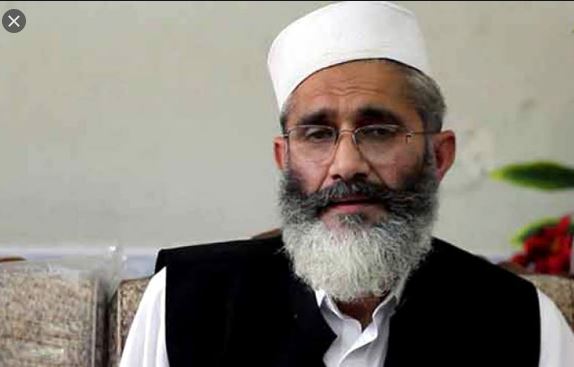 LAHORE, DEC 04 (DNA) –Jamaat-e-Islami Emir Senator Sirajul Haq has regretted that the majority of the political parties in Pakistan is alien to the concept of democracy and act as a dynastic and family units.

While addressing the JI Youth central council meeting at Mansoora on Friday, he said the ruling elite had deceived the masses in the name of democracy for decades and made fun of the public sentiments after coming into power.

The time had approached, he added, that millions of youth took a stand to break these shackles of status quo politics and start democratic struggle through the platform of the JI to bring real revolution in the country. The platform of the JI, he added, was available to every young person who wanted to challenge the agents of the imperialistic forces and feudal lords.

The JI chief said the ruling elite looted the resources of the country, leaving millions of poor and middle class in desperate situation. The PTI government, he said, broke all previous records of bad governance and its economic policies made millions jobless. The foreign debt, he said, had risen to the level that country had to pay around 40 percent of its total annual earnings to the installments of the foreign loans it received from the IMF and World Bank.

Senator Siraj said the JI had already started a full-fledged campaign against the anti-people policies of the rulers. The second phase of the movement, he said, was starting from Guranwala on December 25.

The JI, he said, will hold a public rally on December 27 in Kark and on January 31 on Sargodha and after that the rallies will be held in Southern Punjab, Sindh and Balochistan. He advised the JI Youth members to spread the message of the Jamaat to every nook and corner of the country.

He said the JI would award tickets to maximum numbers to youth in local government elections. JI Secretary General Ameerul Azim and other leaders also attended the meeting. = DNA