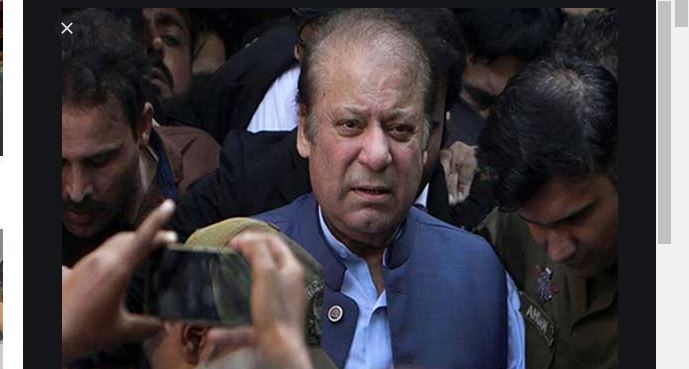 During the hearing, the court has decided to record testimonies of the officers who were given task to implement arrest warrant of Nawaz Sharif through United Kingdom’s County Court. Notices to National Accountability Bureau (NAB) and federal government have also been issued to submit reply till October 7.

IHC had issued non-bailable arrest warrant against Nawaz Sharif for September 22 and rejected his plea seeking exemption from the hearing. The court had also directed the concerned authorities to initiate proceedings to declare him as proclaimed offender. PML-N supremo’s petition to continue the case hearings through legal representative was also turned down by the IHC.

Nawaz Sharif files review petition against IHC order to surrender. Nawaz Sharif had requested the IHC to nullify its ruling and allow him to become a part of the court proceedings through his representative. Nawaz Sharif made the request on medical grounds.

It is pertinent here to mention that the IHC had ordered Nawaz Sharif to surrender and appear on September 10 at any cost in the Al-Azizia Steel Mills corruption reference.

Justice Mohsin Akhtar Kiyani had said in his remarks, “Nawaz Sharif has to appear before the court for hearing. He may face additional three-year imprisonment if he is absconder in the reference. Skipping appearances in the trial is also a crime.”

NAB’s prosecutor had argued law turns onus of proof on accused after ownership of flats [by Sharifs] has been established. He said, “The agreement of money transfer turned out to be fake. Likewise, the deed declaring Maryam Nawaz trustee was also proved fake. She possesses assets beyond her declared source of income.”

NAB prosecutor further added Sharifs had not registered ‘Calibri font’ trust deed in UK. He said, “Maryam Nawaz crafted this trust deed and declared his brother beneficial owner.” Maryam Nawaz and Captain (r) Safdar, who were candidates for the general elections 2018, were also disqualified from contesting elections for 10 years each.

The sentence and a fine of 8 million pounds, or $10.6 million, came almost a year after Supreme Court removed Sharif from office and less than five months after the court barred him from holding office for life.

Safdar was arrested by the NAB authorities in Rawalpindi on July 9 while Nawaz Sharif and Maryam were taken into custody by the officials after their flight landed at Lahore’s Allama Iqbal International Airport. They were shifted to Adiala Jail.

An accountability court had also handed Nawaz Sharif sentence in the Al-Azizia Steel Mills corruption reference, and acquitted him in a second reference related to Flagship Investments.

In the Flagship reference, NAB had claimed that Sharif and his sons set up Flagship Investment Limited and 15 other companies and used these companies “to manage/acquire expensive properties/any movement of funds to hide the real sources of funds.” =DNA