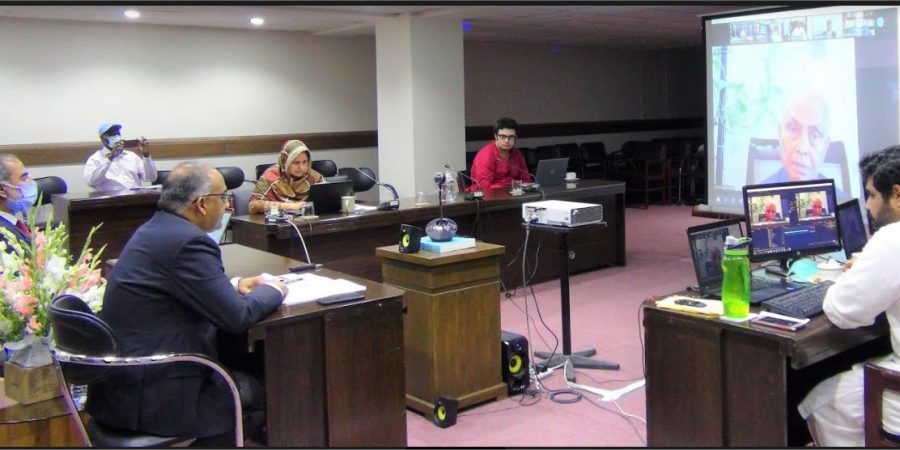 Islamabad, 27 June: Bangladeshi American researcher, author and former Mukti Bahini guerilla leader Mohammad Zainal Abedin has alleged that the Indian intelligence agency RAW is actively involved in destabilizing the neighbouring South Asian states in order to gain control over them and the region.

This was stated at an international webinar organized by the Institute of Policy Studies (IPS), an Islamabad based think tank, in which leading international experts from the United States, Saudi Arabia, Bangladesh, Afghanistan and Nigeria spoke on the topic of ‘India: Past, Present & Future: Perceptions of the Muslim World’.

This was the second IPS international webinar, as part of a global online symposia series, which was held during the week. A total of fifteen leading international India experts spoke at the two webinars. IPS’ Executive President Khalid Rahman chaired the session while Senior Research Fellow Syed Muhammad Ali moderated it.

Zainal Abedin, who was trained in India to fight against Pakistan in 1971, cautioned all South Asian countries against trusting India and urged them to form a united alliance to prevent New Delhi from exploiting, subjugating or oppressing them. He said that trusting India was a grave mistake by the Bengali Muslims, because this converted East Pakistan into Bangladesh, which later became an Indian proxy state. He reminded that India has systematically occupied several formerly princely states including Jammu & Kashmir, Hyderabad, Sikkim, Junagadh & Manavadar and others since 1947.

An author of several books on Indian involvement in Bangladesh, Zainal Abedin stated that Hindu extremist ideology led to the killing of hundreds of thousands of Muslim in 1947, looting of Bangladesh by Hindu extremists after 1971, subsequently led BJP to destroy Babri mosque and in 2002 allowed Narendra Modi to once again slaughter thousands of Muslims in the Gujarat massacre.

President Azad Jammu and Kashmir Sardar Masood Khan, while delivering the keynote address, stated that without ideological muscle the Muslims would collapse. He warned the Muslims around the world that their history is being distorted through books, think tanks, movies and social media.

He urged the OIC member States to boycott Indian goods and impose economic sanctions against India. He stated that it is a great tragedy that the United Nations is observing a day against torture while nowhere there is greater use of torture as a state policy as by India in the Indian Occupied Kashmir. He described India as an artificial state that has never existed as one state with the current territory and was unified only by the Muslims first and later by the British.

He said that India is currently waging three wars; one against its minorities inside its own borders, the second one against Kashmiris in the occupied territory of Kashmir and the third one against all its neighbors. He compared Indian policy towards Kashmiri Muslims with the one followed by Nazi Germany against the Jews, based initially on economic strangulation, followed by demonization and marginalization and eventually physical extermination.

Khan described India as a foreign colonial power, which has occupied and colonized Kashmir and is now vying to colonize littoral States of the Indian Ocean region. He said that India considered Pakistan as its enemy number one but it has not spared any neighbor in its ambitious quest for expansionism. President AJK termed India as the biggest barrier in the progress of SAARC and regional economic integration.

American Muslim scholar Imam Abdul Malik Mujahid said that RSS is just like ISIS and the reality of Hindu extremists cannot be hidden behind peaceful symbols like Gandhi, Taj Mahal and vegetarianism anymore.

He stated that India is not immune from pressures but the onus is on the Indian Muslims to raise their voices and rise up and they will receive help from the Muslims around the world.  He urged the Muslims in the West particularly the US, UK, France, Germany to organize themselves and support their brothers suffering inside India.

Senior Saudi journalist and South Asia analyst Khaled Almaeena called upon the Muslims to unite, seek knowledge and globally promote their story with logic and clarity, in order to be taken seriously by major powers.

Nigerian Scholar Dr Bakare Najimdeen warned against the international Islamophobia project to systematically dehumanize and victimize Islam and the Muslims.

Professor Haroon Khatibi, a senior official of Kabul-based think tank Centre for Strategic and Regional Studies (CSRS), was of the view that the current rise of Far-Right extremism globally has hit the US and India the most. The exclusionist RSS and its offshoots including BJP in India want every Indian to become a Hindu, he added.

Executive President IPS Khalid Rahman termed RSS as the world’s largest terrorist organization, which is internationally exploiting Indian economic clout and secular and democratic outlook to promote its expansionist agenda. He urged the Muslims around the world to develop positive thinking, innovative strategies and patience to organize themselves and meet their growing and complex challenges. 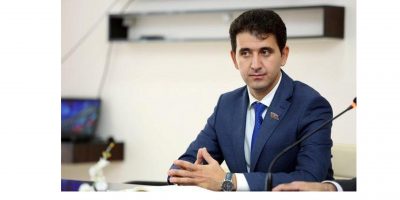 BAKU (DNA) -Today, the Armed Forces of Azerbaijan are the strongest army in the SouthRead More