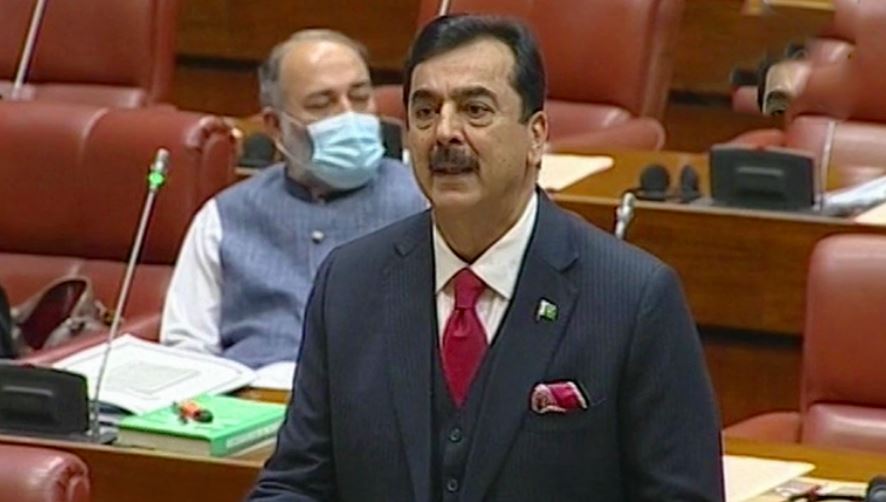 ISLAMABAD, JAN 31: PPP leader Yousuf Raza Gilani announced on Monday that he had resigned as the Leader of the Opposition in the Senate during a speech in the upper house of parliament.

Gilani was among at least eight opposition senators who had skipped last Friday’s Senate session, which allowed the PTI government to narrowly manage to get the crucial State Bank of Pakistan (Amendment) Bill passed from the opposition-controlled house — a development that had raised many eyebrows.

In an indirect reference to his absence from Friday’s session, Gilani said “some turncoats” were accusing him of helping the government.

He concluded his brief speech by stating that he had already send his resignation to his party and he no longer wanted to be the Senate opposition leader. However, it remained unclear whether his resignation had been accepted.

Senator Dilawar Khan, who leads a group of six independents that had primarily voted in favour of the SBP bill, maintained that his group was neutral. “We are neither with the government nor the opposition,” he said.

In his speech, he said that the group had voted for Gilani as the Senate opposition leader last year as it did not know the other candidate, PML-N’s Azam Nazir Tarar.

He said that his group was labelled pro-government by some and “opposition-friendly” by others. Khan said that Gilani had contacted his group to attend Friday’s Senate session, but was not present in his chamber.

He went on to say that Finance Minister Shaukat Tareen met him before the session and explained the features of the SBP bill which is why the group voted in favour of it. He lamented the fact that fingers were now being pointed at the independent group of senators.

‘Gilani is an honourable man’

He said that it made more sense for PPP Chairman Bilawal Bhutto-Zardari or co-chairman Asif Ali Zardari to resign as the party’s senators were absent on their directives.

“The senior leaders of the PML-N and PPP are embarrassed and upset at the behaviour of their leadership,” he said, adding that the change in the opposition parties was a welcome development.

Despite having a clear majority in the 100-member Senate, the opposition had failed to prevent the passage of the controversial SBP bill which was passed with a mere one-vote majority.

At least eight opposition senators, including Gilani, skipped the session, while at least four members of the Dilawar Khan-group voted in favour of the government bill.

The opposition had earlier faced a similar defeat on four bills in the Senate on November 19 when members of the same independents’ group had voted in support of the government.

The six independent senators elected in 2018 had been sitting on the treasury benches before Senate elections in March last year and all of a sudden they submitted an application to the Senate chairman seeking allocation of seats on the opposition benches.

They later through a letter to the Senate chairman supported Gilani for the opposition leader’s office for which the PML-N had already nominated Azam Nazeer Tarar.

Five members of this group were enjoying privileges as chairmen of various committees which they got on the opposition’s quota as a reward for their support to Gilani.

Interestingly, all these independents had voted for Sadiq Sanjrani in the elections, only days before their decision to sit on the opposition benches.

Other members of the independents’ group are Ahmed Khan, Kauda Babar and Naseebullah Bazai from Balochistan and Hidayatullah Khan and Hilalur Rehman from the erstwhile Federally Administered Tribal Areas (Fata).

During a heated exchange of arguments with PPP chairman Bilawal Bhutto-Zardari in the National Assembly on June 30 last year, Foreign Minister Shah Mahmood Qureshi had stated that it was the government which through its six men had helped Gilani get the opposition leader’s slot.

A number of PPP leaders now admit that it was a wrong decision of their leadership to get the support of the six independents and then facilitating the appointment of five of them as chairmen of the committees.

Over the weekend, a number of PPP lawmakers called on the leadership to take action against senators who had supported Gilani at the time of his nomination as the opposition leader and caused a rift within the opposition’s alliance.

“The parties in the opposition must carry out a purge of the soft-at-heart members and those senators who sit on the opposition benches but vote for the treasury,” said PPP Senator Raza Rabbani in a statement on Saturday.

Mustafa Nawaz Khokhar regretted that there was a group of people who sat on the opposition benches but never voted for the opposition on crucial occasions.