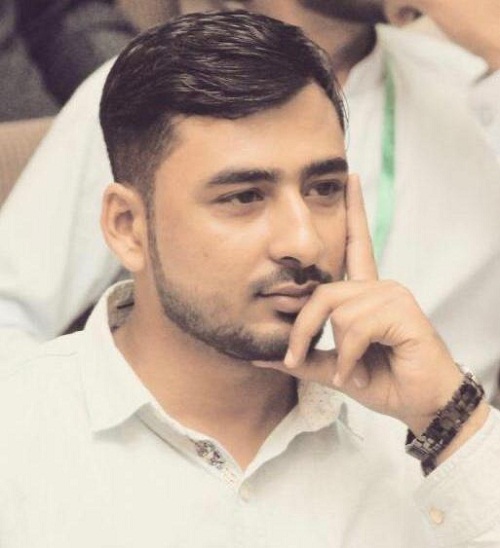 Article 1 of the UN Charter states the purpose of its formation. It was constituted in order, “To maintain international peace and security, and to that end: to take effective collective measures for the prevention and removal of threats to the peace, and for the suppression of acts of aggression or other breaches of the peace, and to bring about by peaceful means, and in conformity with the principles of justice and international law, adjustment or settlement of international disputes or situations which might lead to a breach of the peace”.

Although this organization proved its existence by resolving many burning questions. Contradictory to that, yet it needs its effective role in some cases, Indian illegally occupation over Jammu and Kashmir and Israeli Occupation on Palestine, As Kashmir and Palestine are two oldest cases on table of the UN that await final resolution.

Pakistan has a long history for supporting Palestine. A key reason for this being the Al-Aqsa mosque in Jerusalem, the world’s third holiest place in Islam. Pakistan is a staunch supporter of the proposal for the creation of an independent Palestinian state. Pakistan, frequently provides various forms of unconditional humanitarian aid to the Palestinians.

Before 1945, “there was no existence…  Nothing of any sort by the name of ‘Israel’ in Palestine”. And what has been happening since then is demographic terrorism, the worst form of terrorism. Palestinians are begin subjected to ethnic cleansing by Israeli occupied forces, they are killing all group age people including innocent children. Recently, in May 2021, Israeli forces once again started state sponsored terrorism on Palestinians, later on, the tension spread to the Gaza Strip, with Israel launching airstrikes that killed at least 277 Palestinians, including 66 children and 39 women.

On the other hand in IIOJK case Pakistan, being Islamic state, always supports Kashmir for their right of self-determination. “Since 1948, the UN is guarantor to give their due rights”.In addition; Kashmiris have all the cultural, geographic and religious explanations that connect them with Pakistan.

Pakistan has been constantly reminding the international community, and the prosperous world, that Kashmir issue is a trouble spot for a reason that India, Pakistan, China, and Russia are nuclear powers and anything can challenge the peace. Since, August 5, 2019, around eight million people in Indian illegally occupied Jammu and Kashmir have been not only treated in an unjust manner, they are being bulldozed of their identity.India trampling all international norms and values from that day to till date.

In recent times, Indian troops killed many Kashmiri youth. Indian illegally occupied military forces continued bloodshed, cordon and search operations, night raids and arrests in nook and corner of the Valley. Presently, fascist Modi regime continue to imposing harsh restrictions on the people of  IIOJK, and the unwarranted restraints on the rights to free speech, free media and persistent crackdown on people have rather intensified in occupied Jammu and Kashmir.

In Palestine case, due to spiritual affiliation how long Muslim world will tolerate?  It is well-known fact that Israel, a sworn friend and key ally of US in the Middle East, may pave the way for the third world war at any time. Israel’s relations with its immediate neighbors are not pleasant. It’s aggressive and warmongering posture on Palestinian Muslims is, certainly, bound to ignite befitting response from the Muslim world at any time. And if this happens, America, while keeping up its ritual of interventionism, might come to rescue Israel. This very situation, thus, may lead to beginning of WWIII.

International community must have to think that “Why did the League of Nations fail miserably?” It is well-known to everyone that First World War resulted in devastating consequences; therefore, to maintain world peace, first ever international organization, League of Nations, was established in 1920. Beginning of the Second World War put an end to the peace treaty.

From above discussion, it would not be wrong to say that world war III unavoidable if Palestine, Kashmir issues not settled. The time to act on Palestine and Kashmir is now, and tangible actions need to be taken immediately by the UN, whose “credibility is at stake”.Expectations are massive. Coming generation, future is at stake, so world community needs to play conclusively positive role to protect this universe and this entire world through peaceful means. International community can raise voices for all human rights but if they maintain silence on the Indian occupation of Kashmir and the Israeli occupation of Palestine, then they don’t really stand for humanity.  Furthermore, the impacts of these regional issues are expected beyond the regional territories. World Politics should learn lessons from history and should take collective measure to guarantee Kashmir and Palestine Rights.

The Writer is student of M.Phil. Criminology at SU Jamshoro.