World leaders pledge for urgent action to end AIDS by 2030 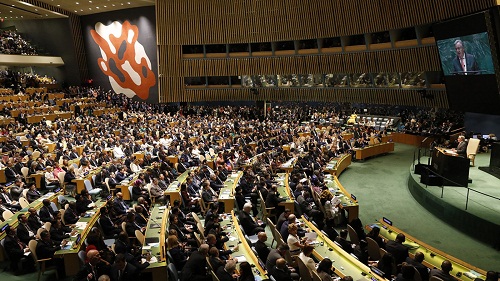 World leaders have pledged to urgent and transformative action to end the gender inequalities, restrictive laws and multiple forms of discrimination perpetuating the global AIDS epidemic by 2030.

In the UN General Assembly in New York, world leaders said the end of AIDS is within reach, but urgent action is needed.

They pledged to end inequalities faced by people living with HIV and reinforce HIV responses through enhanced engagement with a broad range of stakeholders.