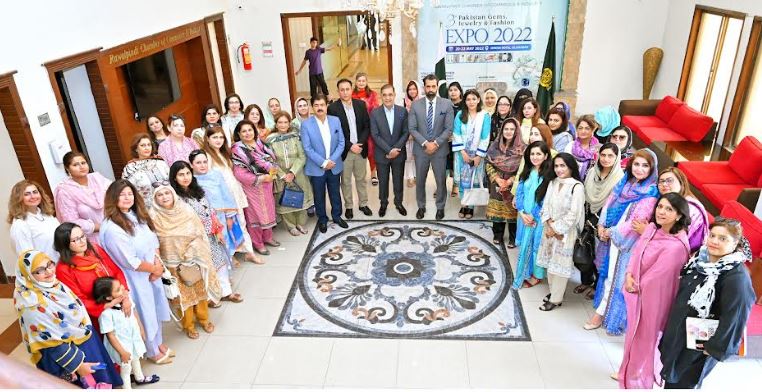 Rawalpindi, MAY 10 /DNA/ – The Rawalpindi Chamber of Commerce and Industry (RCCI) has urged women to play its due role in nation building as Pakistan is going through difficult times due to political uncertainty, shrinking economy and polarization.

Addressing the standing committee on women entrepreneurs at chamber house President Nadeem Rauf said that 50% of Pakistan’s population belongs to women, yet there is little women participation in the country. Female participation in all segments of life plays a vital role to uplift socio-economic conditions of the people of the country.

He said that Women in Pakistan have played a significant role throughout the country’s history. Whether it was the domain of politics, social work, military, science, sports or space, they have made an indelible mark in promoting the country’s soft image in the international arena and have contributed to the country’s development.

Group leader and former President Sohail Altaf said that the shrinking economy and political polarization is a matter of concern for the business community. We are very much concerned about the tone and content of political discourse which have plunged to a level not witnessed before. He urged women being educationists, house wife, mothers to play their key role for nation building and character building of the youth.

Chairperson Committee, Ms. Falak Anjum said that RCCI platform is available for policy advocacy, women empowerment and development. She urged women participants that they should come up with out of box solutions and increase networking. Tanveer Anjum, guest speaker, also highlighted the issues faced by the women entrepreneurs and shared best practices to address them.