What is the likely future of PTI government? 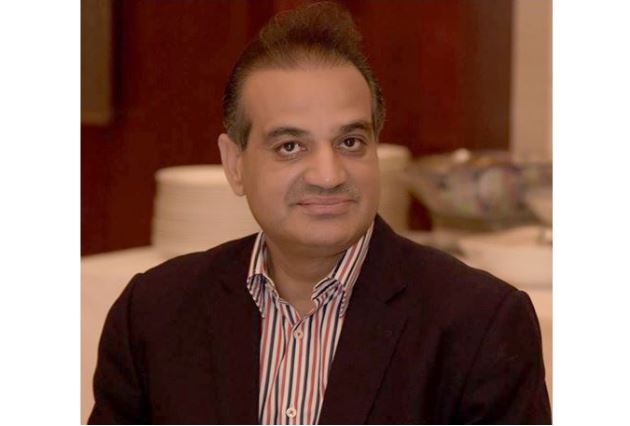 In politics nothing can be said with certainty, especially about the Pakistani politics, which changes its colors with the each passing moment. At one time it was certain that PTI government led by Imran Khan shall be sent packing and the opposition parties would form a coalition interregnum government that will last for the remaining period. The Opposition parties had almost finalized their probable for the proposed set up with PML N leader Shehbaz Sharif as the Prime Minister. Likewise the Chairman Senate seat would go to PPP and speakership to JUI F. Some sources believed, in case of this very arrangement, PPP Co Chairman Asif Ali Zardari would be the strong candidate for the coveted slot of President of Pakistan. Similarly, in Punjab PML-Q would be put on the driving seat by elevating Ch. Pervez Elahi as the Chief Minister of the Punjab. To some this arrangement is still on the table but many believe this plan of action is no more a preferred choice of the powers that be, after assessing the mass support show for Imran Khan during the Parade Ground procession. Ostensibly thousands of people thronged to the venue to be at the side of their leader.

The problem with the opposition parties happens to be their obsession with clipping the powers of the National Accountability Bureau; introducing changes in the electoral laws and undo all amendments enacted by the PTI government. The opposition was unanimous not to accord parliamentary approval to the ordinances issued by the incumbent government. The forces that wanted to get rid of Imran Khan and bring in this stopgap government, when calculated the pros and cons of the future scenario, realized that disadvantages maybe on the higher side rather than advantages in case the stopgap arrangement was put  in place. But it does not mean at all that they have given up.

Another possible scenario may be holding of the early elections. Prime Minister Imran Khan might have been advised by his party men or people who matter that it is much better to go to early elections instead of allowing the opposition parties to take over the government and rule the country for the rest of the tenure. Sources believe, it took a while to these people to bring the prime minister round about this proposal and finally he acceded to the proposal.

But the problem is he can only do this when the allied parties are fully on board with the government for he cannot call elections or dissolve the assembly until and unless a positive outcome of the no trust move arrives. The powers that be may help the government and opposition to reach a final agreement about the future set up. They may ultimately ‘convince’ the allied parties including the MQM, PML Q and BAP to support the prime minister in the no trust move and in return the prime minister shall announce early elections soon after presenting the upcoming budget in June this year. In this scenario the government intends to present an extremely people-friendly budget by offering huge incentives despite serious economic difficulties. This move, the government people think, would greatly help them in courting masses support in the general elections.

In case of early elections it is likely that the PML N spearheaded by Mian Shehbaz Sharif may win majority seats, at least from the Punjab, followed by PTI. Early elections perhaps does not suit PPP well, since it still needed time to regain its lost popularity in the Punjab province. But even then the party, by virtue of its recent mass contact campaign, is likely to perform much better as compared with the 2018 elections. Being the 60 per cent of Pakistan, Punjab plays central role in making governments at the Center therefore major battle would be fought in this province.

The foreign element’s interference in Pakistani politics cannot be ruled out altogether. It has always been there and it is still there. PTI government did not do much to either strengthen or mend its relations with the key world power houses including China and the United States. Interestingly, both China and the US would always say they have no problems whatsoever with the PTI government but in fact that is not the whole truth. About the US, the prime minister has openly criticized it for what he called the hegemonic and authoritative posture. On the issue of bases, when he said ‘absolutely not’, it went extremely well at home but ostensibly the statement caused considerable friction in our relations with the super power. Since then relations are constantly on the decline. With China too PTI government failed to develop smooth working relations. The PTI leaders raised too many objections about various CPEC projects, especially from the financial point of view. Their ‘excessive’ interference somehow contributed towards putting these projects on hold or slowing down the pace of work.

The Sunday’s power show of PTI in Islamabad was an attempt to send loud and clear messages to the real power houses both at home and abroad that PTI was still the popular party in Pakistan and therefore any effort to weaken or intimidate the party may invite wrath of the rank and file. Undoubtedly, Imran Khan is a great crowd puller and the Islamabad procession proved it well. However this time he has the incumbency baggage as well. As a prime minister his and his party’s governance has always been in the dock. People suffered a lot during almost four years tenure of PTI therefore voters would think twice before casting their votes for the PTI in the next elections, despite the fact that Sunday’s rally went very well.

Opposition parties rally in Islamabad will arrive on Monday. It is also going to be a big show. If the opposition rally turns into a dharna then it may pose serious problems for the government. They might sit there till the no-trust voting. If so happens, the rules of the game may have to be re-defined. One thing is for sure, after the PTI mammoth show, the opposition has to come up with even bigger or at least a crowd of similar magnitude. Only then it would be able to snatch attention and support of the real power houses!!